Pat Fenlon has labelled the fixture demands laid on Shamrock Rovers as "madness" after his side had their FAI Cup final hopes crushed with a 2-0 semi-final replay defeat at Derry City last night, which was the Hoops’ ninth game in 30 days.

The Rovers manager said: “I think it's difficult when you're asking players to play 48 hours after games. The experts will tell you that you need 48 hours to recover, just to get training again.

Fenlon, who saw his side reduced to 10 men before last-gasp goals from Michael Duffy and Rory Patterson saw the Candystripes prevail at the Brandywell, added: “We have a game on Friday and on Monday again which is absolute madness. That'll be 13 games in I don't know how many days.

“When you have an off-season that lasts four months, I just don't understand that.”

Rovers and Derry had drawn 1-1 in Tallaght on Sunday and the replay turned in Peter Hutton’s side’s favour when Rovers went a man down with 25 minutes to play after central defender Jason McGuiness was shown a second yellow card.

“I think the sending-off changed the game to be honest. There was nothing in the game at that stage,” said Fenlon.

“It was a bit like Sunday. There wasn't a lot between the teams and the sending-off changes the game.

“They started the game better in the second-half. They got about us and pushed on.

“They probably let us have the ball in the first half but started with a better tempo in the second. I thought we weathered it a little bit and then the sending-off changes the whole complex of the game.

“It gets the crowd up, it gets them up and they put us under a lot of pressure then.”

Defeat also puts a severe dent in Rovers' hopes of securing European football for next year.

The chances of gaining qualification through the top three has all but disappeared as the Hoops sit seven points behind St Patrick’s Athletic in the SSE Airtricity Premier Division.

A cup final spot against Pat’s, who beat Finn harps 6-1 in their semi-final on Sunday, would have guaranteed a Euro spot, however, now Rovers must wish for a Pat’s victory over Derry in the final at Aviva Stadium on 2 November to nail that potentially money-spinning European place.

“We're only in the door but we've played that many games it feels like we're here a long time! We just have to look at it that we have a few games left and want to finish as high as we can.” 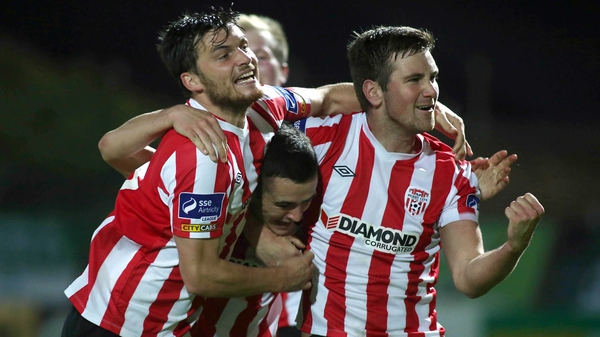