Martin O'Neill has insisted the furore surrounding the launch of assistant Roy Keane's updated autobiography will not distract the Republic of Ireland from their Euro 2016 mission.

The Ireland boss met the media in Malahide on Tuesday after he and Keane had put the players through their paces for the first time since they met up ahead of the qualifiers against Gibraltar and Germany.

However, they did so with the younger man once again making the headlines after copies of his book The Second Half were mistakenly put on sale briefly on Monday ahead of Thursday's official launch.

But if Keane's differences with former Manchester United manager Alex Ferguson, his decision to turn down the job as Celtic manager and a clash with one-time team-mate Peter Schmeichel were among the topics dominating the sports news agenda, O'Neill was refusing to be side-tracked.

"The most important issue here is our games, and Saturday [the match against Gibraltar] is really, really important. We have come off the back of a great win against Georgia and it's important to focus on that.

"Whatever headline... let's just say we came here and there hadn't been a book - there would have been something else, seriously.

"He [Keane] would have slipped down there on the field and we'd have been talking about that, maybe broken his leg or something like that. There would have been something.

"There will always be something here in the lead-up to games, and that I can guarantee.

"I genuinely don't know what the headlines are in the book. It obviously was going to cause some sort of furore at some stage or another - the very fact he put his name to this book would suggest that it's exactly what would happen.

"It's there and it doesn't matter. The games are the most important things for us."

"It obviously was going to cause some sort of furore... the very fact he put his name to this book would suggest that's what would happen."

Asked if he had discussed the book with Keane in advance, O'Neill said: "I thought about it at one stage or another but then, why? He's over 21 - I think - and he should be capable of dealing with his own stuff."

O'Neill, who asked Keane to join him in the Irish set-up when he was appointed in November last year, has had to become used to the focus he attracts ever since, with the approach from Celtic and Aston Villa's subsequent successful attempt to appoint him as Paul Lambert's assistant during the summer cases in point.

However, while much of his own time in front of the media is spent fielding questions about his number two, he is adamant it is not an issue for him.

"Not necessarily, not at all," O'Neill said. "He's an iconic figure. He's been here for a long time - you know that. He was an absolutely fantastic footballer and now he's making his way in management."

O'Neill was in relaxed mood as he was quizzed about Keane's book, and even joked about the former Ireland captain's burgeoning beard after recently jokingly questioning the sartorial elegance - or otherwise - of the Irish media pack.

Asked if he would be having a word with the 43-year-old, he said: "Well I must admit, I might well do because he looks really bedraggled. There is no doubt at all about it but I think he wants to join your group, so I think that's the essence of it." 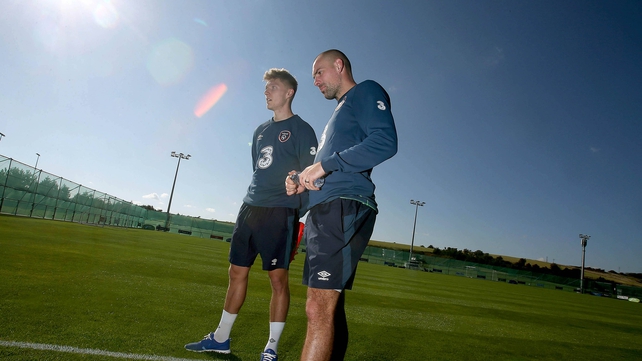 Speaking earlier, Darron Gibson and Jeff Hendrick  also sought to stress that the attention over the would not have an impact on preparations.

Gibson refused to be drawn on the dispute between his former manager Alex Ferguson and Keane, saying the squad have joked about the book rather than dwelling on it too much on the subjects.

The Everton player said: "There have been a few comments but nothing serious. The lads just get on with it. I don't think it will affect the lads."

Derby County's Jeff Hendrick, who will also be vying for a place in midfield against Gibraltar and Germany with James McCarthy ruled out with injury, said that the players only have eyes on the two qualifying matches.

Hendrick said: "I saw that his book was out but I don't really do too much reading. It's not really a distraction for us. The main thing for us is getting in training and getting focused on the game.

"I don't see why we would get uptight about his book to be honest. Our job is to get three points on Saturday and that's all we are focused on."

"[Keane] has been fine around the place."

The official book launch is set to go ahead on Thursday as originally planned despite copies of the book being put on sale already this week, apparently by accident..

Supermarket chain Tesco has apologised and launched an investigation after one of its stores in Manchester committed a blunder by putting The Second Half on its shelves on Monday - three days earlier than the scheduled release date.

The plan for Thursday's official launch had included Keane taking part in a promotional press conference that afternoon at the Aviva Stadium in Dublin.

And the book's publishers Weidenfeld & Nicolson confirmed on Tuesday that the event with the 43-year-old Republic of Ireland and Aston Villa assistant boss will still be happening.

A spokesperson for the publishers told Press Association Sport: "It wasn't part of our plan obviously (for details of the book to be in the public domain before Thursday).

"But we are adapting to the situation and carrying on with the press conference because people will still want to speak to Roy himself."

The spokesperson said the publishers were unable to comment on the possibility of Weidenfeld & Nicolson taking legal action against Tesco, but added: "We have been in touch with Tesco and they have apologised and withdrawn any stock that was mistakenly put out." 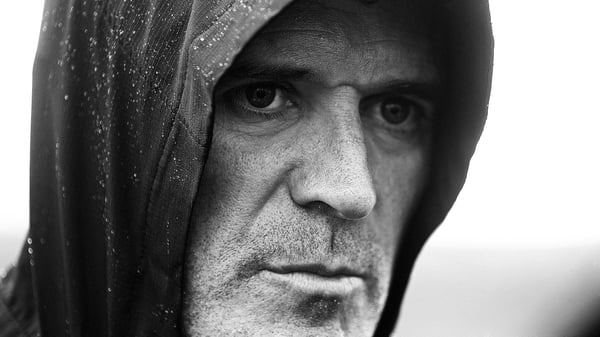