FAI chief executive John Delaney has described the SSE Airtricity League as a “difficult child for the organisation” and rejected claims that the domestic game is in dire straits.

The league has received criticism amid continuing struggles to advance and attract new audiences and revenue.

Former Republic of Ireland manager Brian Kerr last week called for investment from the governing body to address the problems.

But Delaney defended the FAI’s handling of the league in an interview on Game On on RTÉ’s 2fm last night.

He denied the league is on its knees.

“The facts don't substantiate that,” he said. “The League of Ireland is a difficult child for the organisation.

“I have a love for the League of Ireland. When the FAI took over, the clubs had a collective loss of €7million for one trading year.

“The year before last they broke even. They lost a few quid last year. So we have brought a better structure to managing the finances of the clubs.

“But it's a difficult sell when it is on the back of a Premier League in England.

“We know that. That said, there have been some ground improvements. Look at Turner's Cross, Athlone, the RSC in Waterford, Galway in Eamon Deacy Park, Derry City are going to get a revamp with the help of Martin McGuinness.”

The association's chief executive revealed that the legacy project of Euro 2020 for Dalymount Park may not be the only boost for facilities in the League of Ireland, revealing talks with St Patrick’s Athletic and Drogheda United for improvements.

He explained: “I hope one of the legacies of the Euros will be the redevelopment of Dalymount Park.

“I would like to see Shelbourne and Bohemians share there. We have worked very hard with the different agencies to get that discussion going.

“That doesn't mean, by the way, what I've heard other commentators say that we are not helping other clubs. I've been into Dublin City Council half a dozen times with the owner of St Patrick's Athletic Garrett Kelleher about their stadium development plans.

“I've been looking at how we can use United Park in Drogheda to build a new stadium for Drogheda United.

“So we're doings things for all the clubs individually. The clubs met recently and they want to stay with the FAI because they know we are doing a decent job in terms of bringing the league forward. Is it at the pace everybody wants? No.

“But people forget we went through a recession in this country. Cutbacks had to be made and it's a difficult country to live in.

“But at least we brought a stability that wasn't there in the past. Is it at a stability we would want today? No. But, by God, it's better than where it was.” 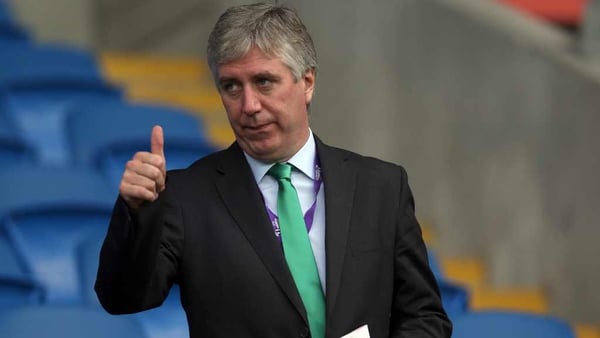