St Patrick’s Athletic will seek to strengthen their grip on a European place when Bohemians visit Richmond Park tonight.

The Saints are closing in on a top-three finish to guarantee Europa League football next season.

They drew 1-1 with nearest rivals Shamrock Rovers last Friday to ensure they stayed seven points clear of fourth place, albeit having played a game more than the Hoops.

Bohs are targeting a strong finish in the league with fifth position still up for grabs.

A 2-0 win over Limerick last weekend boosted their chances and with the side currently in that position, Sligo Rovers, set to visit Dalymount Park next weekend, a win tonight would give Bohs a huge lift.

Saints’ manager Liam Buckley has no injury worries ahead of the game.

Killian Brennan returns after a groin injury and Ger O’Brien has shaken off a knock sustained in Friday’s clash with Rovers.

The Saints are also boosted by the return to league action of Ken Oman and Greg Bolger.

Manager Liam Buckley said: “We played Bohemians recently in Inchicore in the FAI Ford Cup so we know well what strengths they have.

“They gave us a really good game in that quarter-final so we know they’ll give us another tough challenge on Tuesday night.

“That being said though, we’ll look to get our performance right and try and get the three points.”

Bohs boss Owen Heary is very pleased by how his outfit are finishing the season.

He sees tonight as a big opportunity.

Heary stated: “One of the best things about us at the moment is that we have no fear.

“We're not in any danger of relegation, so the lads are able to get to grips with games.

“It's all to play for. We've four games left against four teams ahead of us.

“None of them are going to be easy but we want to prove ourselves against those sides and get as high a position as we can.” 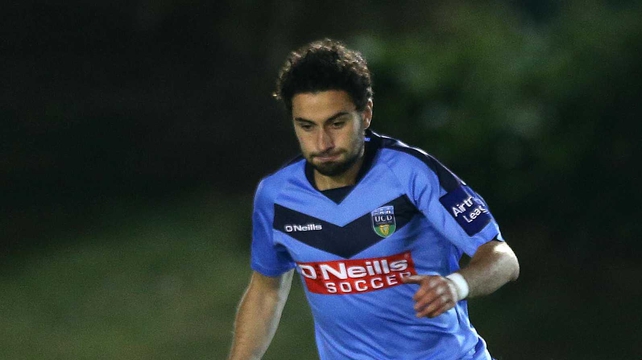 UCD's place in the SSE Airtricity Premier Division is under threat and they face another difficult assignment in Tallaght Stadium against Shamrock Rovers.

The Students have picked up just five points since the mid-season break and have a daunting run-in for October.

Athlone have moved to within one point of College with a run of six draws and the race is on to avoid automatic relegation.

Rovers are still battling for automatic qualification for Europe through the league, but are likely to need maximum points from their remaining five games and hope St Patrick's Athletic slip-up twice.

Manager Pat Fenlon has delivered a message to his squad that they have to keep the pressure on the Saints, despite Sunday's FAI Cup semi-final with Derry City looming.

He said: “I’ve said to the lads that we have to go out against UCD and win the game, and that is the attitude we will have towards every game between now and the end of the season.

“Pat’s might slip up, they might not, but we want to be in the position to take advantage if they do.

“Momentum is also really important in football and a win in this game will set us up well for the weekend.”

Marty Waters (knee) and Barry Murphy (calf) are both doubts for the game through injury, while Jason McGuinness is suspended. Kick-off is 8pm. 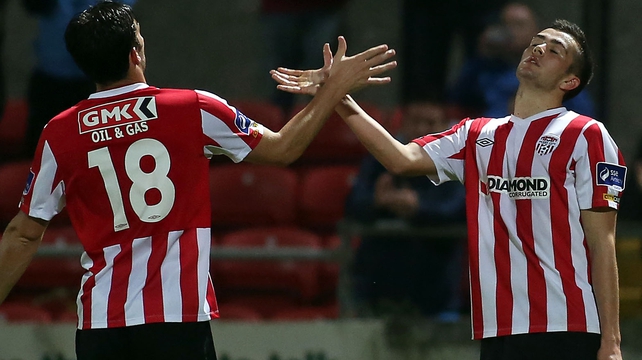 Bray Wanderers will hope to take advantage of Derry City possibly having one eye on Sunday's FAI Ford Cup semi-finals when the sides meet the Carlisle Grounds.

Bray have no injury worries but are hampered by red cards received in last Friday's draw with Drogheda United.

Defender Shane O'Connor and striker Ismahil Akinade both received their marching orders in Drogheda and miss out tonight.

Michael Barker has recovered from his ankle injury and has returned to contention.

Bray are still fighting for their lives and have seen Athlone, in the automatic relegation place, move to within five points.

UCD sit four behind in the play-off position and both sides could still bring the Seagulls into danger.

Bray's record against Derry will not give them much confidence with City unbeaten in the last 16 league meetings.

Stephen Dooley and Barry Molloy are doubts for City after picking up injuries against Athlone Town last Friday.

Boss Peter Hutton said: “We will travel to Bray knowing that it will be another tough game, a bit like last Friday night, Bray are fighting for points to stay in the league.

“We need to have the right mentality going into the game as this starts off a big week for the club, with the cup semi final on Sunday it's important we get some momentum heading into it.

“As far as resting players is concerned, we have a couple of players back from suspension for this game so that will freshen things up. There's no doubt that we will have one eye on Sunday's game but Tuesday to Sunday should give players enough time to recover.”