Brian Kerr has said the proposed redevelopment of Dalymount Park, as a legacy project for Euro 2020, should not hide immediate problems for the SSE Airtricity League.

"It’s been a dream of mine for many, many years, and I think out of any hosting of a major tournament, there should be a legacy. And Dalymount Park, the soul of Irish football, being redeveloped and kept in football, is something that personally I’m hugely committed to and something I will pursue over the coming weeks and months."

But Kerr has said waiting until 2020 for improving the face of club football is unacceptable and the lack of investment by the Association is hampering clubs.

He told RTÉ Sport: “The FAI has to make a contribution. The league fees are costing clubs a fortune. There is heavy fines for very small misdemeanors. Yet the money for winning the league itself is quite a small figure.

“The clubs are struggling for resources and the commercial side of most clubs is very tough in the modern environment.

“We're talking about something six years away. The league is running at the moment. A lot of the grounds are in a poor state of repair. Apart from Sligo Rovers, Cork City and Shamrock Rovers to a degree, the rest of the grounds are badly in need of investment and redevelopment.”

“The player wages have been reduced substantially. There has to be investment from the governing body.”

Kerr added that the marketing the domestic game could be improved if a taskforce was set up to address it.

“We need promotion. The two best games I've seen in the last two weeks, at any level, have been League of Ireland.

“There should be a taskforce set up to work on improving the image of the league and getting people to go to games and the scene around it.”

Former Shamrock Rovers manager Trevor Croly expressed concerns that the 2020 legacy would benefit just two clubs, Bohs and Shelbourne, rather than spread it throughout.

Croly said: “You don't just put it into one ground. You possibly start with the lowest clubs and they would get more grants and more funding.

“If you are talking about building a league, the clubs that don't have the resources need more help than the powerful clubs. It has to go through the league.

“To just do Dalymount Park, I don't think would be the answer to helping the league. It would certainly help Bohemians and potentially Shelbourne if they move in with them but we need to look at the whole league and put structure and financing in place.” 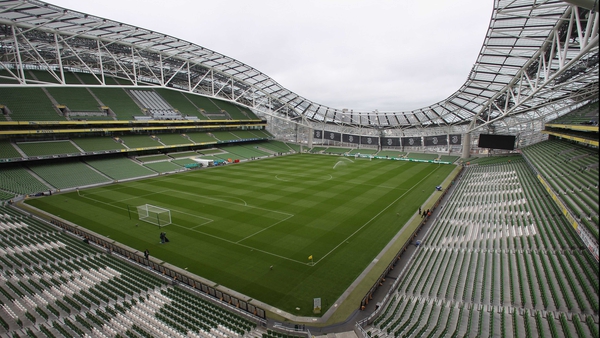