Manchester City's fine for breaching UEFA's financial fair play rules is to be shared out around the other clubs in the Champions League.

City were fined £50m for the FFP breaches but will only have to pay around £20m if they comply with the break-even rules in future seasons.

The first tranche of payments from City, Paris St Germain and Zenit St Petersburg will total £20m and will be split among the Champions League and Europa League clubs who did comply with the rules last season.

A similar sum will be distributed to clubs who comply with the FFP rules in this season's European competitions.

European Clubs' Association chairman Karl-Heinz Rummenigge said UEFA had agreed the fines should go to the other clubs.

He told a news conference in Geneva: "It was an agreement between UEFA and the clubs that it was money belonging to the clubs."

The clubs will have a chance to argue any changes to FFP rules at a meeting with UEFA on October 13.

UEFA president Michel Platini said in his speech to the ECA: "The framework for financial fair play must be dynamic, it must evolve constantly, which is why I have convened an important round table on the subject with your representatives at UEFA headquarters on 13 October.

"We will see whether any imperfections can be ironed out and whether there is room to further improve the system." 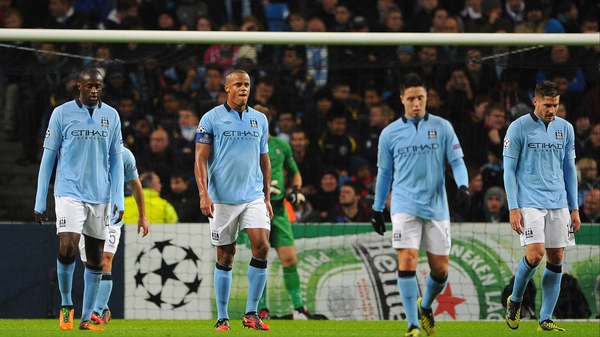