Kevin Kilbane has admitted that he is uneasy about the possibility of West Ham midfielder Mark Noble declaring for the Republic of Ireland.

A host of players who were born and grew up in Britain, such as Tony Cascarino, Ray Houghton and Kevin Sheedy, have lined out for the Boys in Green in the past, with current players Aiden McGeady and James McCarthy both born in Scotland.

Kilbane, capped 110-times for Ireland, was himself born in Preston. And while he accepts that Noble has the credentials to at least be considered for Martin O’Neill’s squad, should he declare, his lack of apparent desire to join up is a concern.

The former Sunderland, Everton and Hull player told RTÉ Sport: "Look at it on face value and he’s a good player. We know he’s played very well in the Premier League over the last 10 years or whatever it is.

"But there are a lot of issues with me personally, growing up in England, desperate to play for Ireland and knowing what it meant to so many others in my situation as well.

Noble was capped 20 times for England at Under-21 level between 2007 and 2009. Kilbane believes players should make up their mind about which country they want to represent before reaching that stage of maturity.

He said: "There are a lot of players that would run through a brick wall to play for us and that’s my big issue that I have with it all. It’s not club football. You can’t play for one nation and then choose another. That’s what I believe in.

"I understand when lads are 15, 16 or 17 and playing for a nation because they have been selected and also overlooked for who they would want to play for.

"I think once you get to Under-21 level and you decide your team and then all of a sudden switch allegiances to another nation, it doesn't sit right with me at all."

Former Ireland forward Clinton Morrison, who scored nine goals in 36 appearances, told RTÉ's Soccer Republic: “I think there would be a difficulty now because it has been going on for two years. He’s been humming and hawing. I know what the boys are like, they will accept you and they are a great bunch of lads.

“If it has taken him this long, I don’t know how many of the players would take to it.

“He could be an exceptional player, but you have to want to play.”

Ex-Ireland boss Brian Kerr said that managers are entitled to look at all available options when picking a panel.

“I think the whole situation is complicated since FIFA changed the rules, I think they are far too loose," he said.

"But if you look at our group, Germany have exploited the situation.

“I think the manager is obliged, if he is doing his job properly, to look at the people eligible to play, but my rule would be they have to be better than players you have who have been there and eligible and have come through the system.

“If you’re short in a position, you’re entitled to do what other managers are doing.” 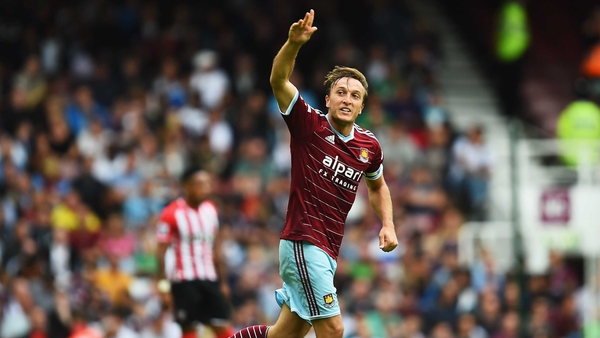