Table toppers Dundalk host Derry City on the back of their first defeat since 25 April as they went down 1-0 to champions St Patrick’s Athletic on Friday night.

Christy Fagan’s second-minute goal was the difference between the sides as the Saints put a dent in the Lilywhites’ title charge.

The result means that Dundalk remain top of the SSE Airtricity League on 60 points but now are just three points clear of nearest challengers Cork City, who took full advantage of the leaders' defeat with a win over Shamrock Rovers. 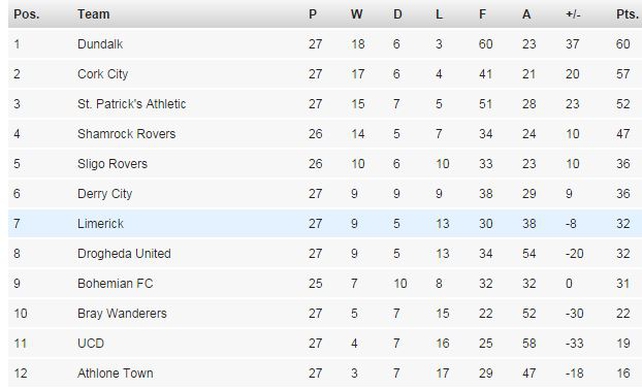 This will be the fourth meeting of the sides this season with Dundalk winning the first two, 3-0 at Oriel Park in the league and 2-1 in the quarter-finals of the EA Sports Cup at the Brandywell back in May, while the sides played out a highly entertaining 2-2 draw on Foyleside just after the midseason break.

The home side will be without injured duo Simon Kelly and Stephen O’Donnell for the game.

The Candystripes came from behind on Friday to claim a 2-1 win over Sligo Rovers.

Previous to that result, they lost away to Pat’s and won comfortably in Limerick.

Peter Hutton’s side lie sixth in the table on 36 points. 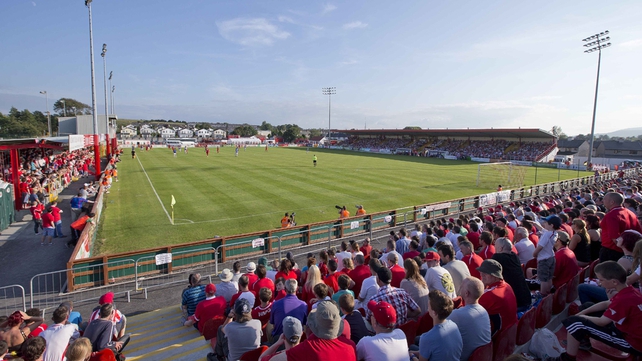 The Bit o’Red are aiming to bounce back from successive defeats in the last two games, the first time that has happened under John Coleman.

Rovers won the only meeting of the sides so far, 2-0 in Dalymount Park, back in April.

Speaking ahead of the game, Sligo manager Coleman said: “We have to go out and believe that we can win the game. We want a positive result and performance to give the fans.

“In our last home game against Dundalk people left the ground enthralled, anyone who wasn’t there missed out. We are determined to put on a performance to enthuse the fans.”

There is still a large injury list to contend with as Alan Keane (toe) is now out for the season joining Jeff Henderson (foot) as confirmed absentees with doubts over Gary Rogers, Seamus Conneely and John Russell.

Bohs claimed their third home league win in a row with a 2-1 victory against Bray Wanderers on Friday night and with another game in hand, boss Owen Heary is hoping that another positive result can prove a springboard to climb into the top half of the table.

"Friday's result keeps us safe," said Heary. "We can now start looking at the teams ahead of us and not be worrying about the teams behind us.

"We've two games in hand on most teams. We want to win those and we want to go and try and finish ahead of the likes of Sligo."

With one eye on Friday's Ford FAI Cup quarter-final against St Patrick's Athletic, Heary acknowledges the need to make changes but is adamant he will send out a side capable of winning all three points.

"It's not an ideal time to have a game," he said. "We've a massive cup game on Friday away to the league champions.

"But the team we put out in Sligo can't allow that to distract them. The starting XI we put out will be good enough to go there and try to win.” 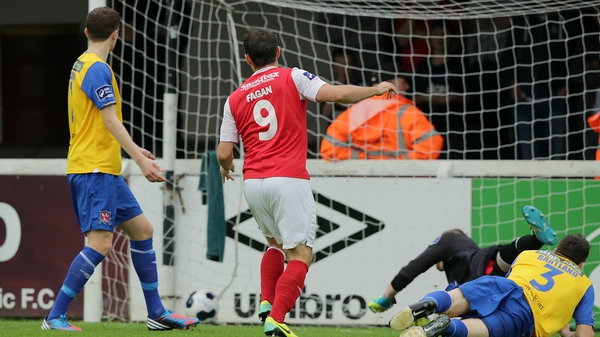