Sepp Blatter has confirmed he will stand for a fifth term as FIFA president next year.

Blatter has been widely expected to stand again despite saying in 2011 this would be his last term and now he has confirmed he will do so. It follows UEFA president Michel Platini announcing last month that he would not stand for the FIFA post.

Blatter said he would officially inform the FIFA executive committee of his plans at the next meeting on 25 and 26 September.

The 78-year-old said in a video interview played at the Soccerex conference in Manchester: "I will inform the executive committee. It's a question of respect also to say then to the football family, 'Yes I will be ready. I will be a candidate."

Blatter said the backing of the majority of the national associations at the FIFA Congress in Sao Paulo in June had convinced him to keep going.

"Then I got through the last Congress in Sao Paulo not only the impression but the support of the majority, a huge majority of national associations asking 'Please go on, be our president also in future'."

The election will take place at the FIFA Congress next May.

At the UEFA Congress in Paris in March 2013, Blatter told delegates he would definitely stand down in 2015.

Blatter told them: "You know very well that I am a candidate for the next four years as FIFA president but these will be the last four years for which I stand as a candidate."

Platini and a number of UEFA countries including England and Scotland have publicly stated they will not support Blatter standing for a fifth term in office. 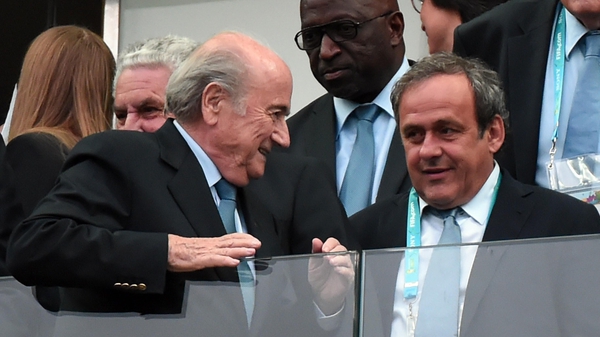