The Paris St Germain striker netted a thumping left-footed volley from a corner after three minutes before breaking Sven Rydell's tally of 49 goals, which had stood since 1932, in the 24th minute with another fine effort.

Ibrahimovic swept home Seb Larsson's cross to claim the record in spectacular style in his 99th appearance for Sweden.

The 32-year-old, who had been doubtful for the match because of a throat problem, was given a rapturous ovation by the 15,421-strong crowd in the Friends Arena when he left the field just after the hour mark. 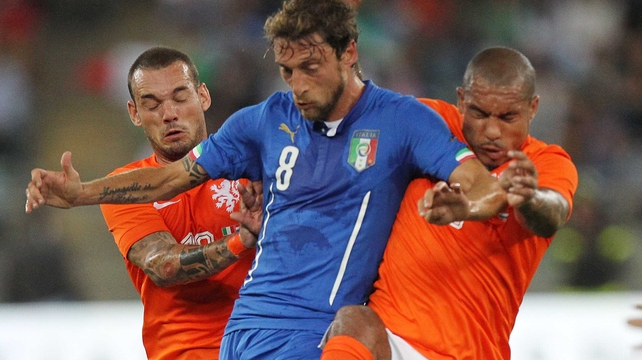 Italy gave new coach Antonio Conte a flying start when they scored twice in the first 10 minutes to beat Netherlands 2-0 in a friendly in Bari.

Ciro Immobile put the home side ahead after three minutes before Daniele De Rossi added a second goal by converting a penalty after debutant forward Simone Zaza was fouled by Bruno Martins Indi.

Indi was handed a straight red card in somewhat harsh fashion, effectively ending the match as a contest and giving Netherlands coach Guus Hiddink a miserable start to his second stint in the job.

Italy had dropped maverick striker Mario Balotelli while Arjen Robben was one of several Dutch players ruled out through injury. 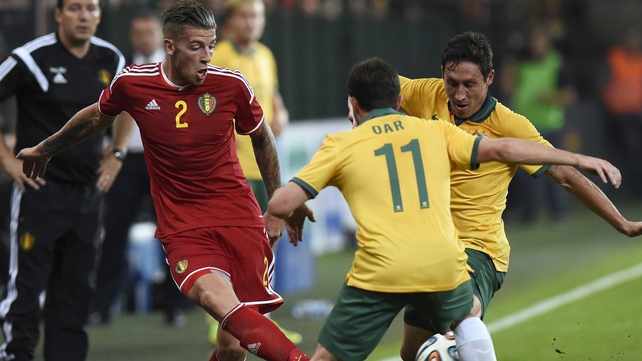 Dries Mertens and Axel Witsel were on target as Belgium marked their first international against Australia by winning their friendly in Liege 2-0.

Belgium, beaten by Argentina in the 2014 World Cup quarter-finals in Brazil, were the better side in a match of relatively few chances.

The opening goal in the 18th minute came when Mertens beat Australia goalkeeper Mat Ryan somewhat fortuitously from a narrow angle after Kevin De Bruyne had struck the bar.

Witsel made it 2-0 in the 77th minute, cracking a left-foot shot from the edge of the penalty area into the top corner of the net. 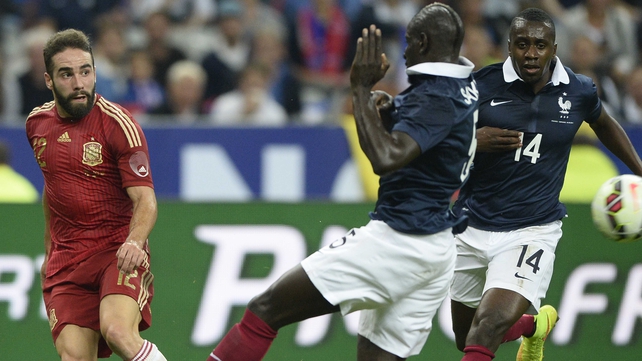 New Chelsea signing Loic Remy grabbed the only goal as France squeezed past 2010 world champions Spain 1-0 in a friendly at the Stade de France.

The second-half substitute found the back of the net in spectacular style in the 72nd minute, pouncing on a pass from Mathieu Valbuena to give Didier Deschamps's team a deserved victory.

Vicente del Bosque's side, who suffered a shock first-round exit at the 2014 World Cup in Brazil, lacked creativity in midfield and never looked threatening up front.