Cillian Sherdian is hoping that being the only Irish man in the group stages of the Champions League can put him back in the Republic of Ireland frame.

The APOEL striker won the last of his three senior caps against Argentina in 2010, and now hopes that he can impress for the Cypriot side when they face Barcelona, PSG and Ajax in the Champions League, and come to the attention of Ireland boss Martin O’Neill.

Former Celtic player Sheridan, 25, told RTÉ's Soccer Republic: “If I can impress [the Ireland management] there, then brilliant. Definitely [it’s high-profile]. It’s the pinnacle of club football at the minute.

“But I know it’s not just the case of me being [with] a team that’s in the Champions League, I need to be in a team and playing for them.

“Basically, my next task is keeping in the team for them games because they are games that everyone wants to be involved in.” 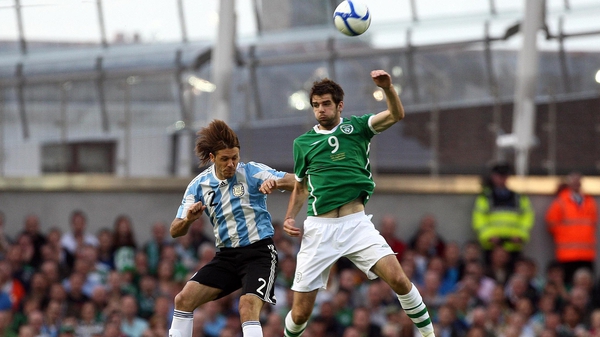