Athlone Town and Cork City played out a thrilling 2-2 SSE Airtricity League Premier Division draw at Lissywoollen, with the hosts twice coming from behind to deny the title-chasing Rebels a victory.

Darren Dennehy opened the scoring for Cork after 19 minutes but Athlone went on to dominate the remainder of the first half and were justly rewarded when John Mulroy forced a close range shot over the line four minutes before the break.

A mistake from Ryan Coulter allowed Mark O’Sullivan a tap-in goal to restore Cork’s lead with 20 minutes to play but Athlone substitute James O’Brien made a stunning impact seconds after coming on the field, equalising from 20 yards out.

A share of the spoils wasn’t the result that either side wanted out of this game as they lost ground to rivals Dundalk and Bray Wanderers respectively, but neither side could say that they were particularly hard done by in a game where there were plenty of chances at both ends.

John Caulfield’s men enjoyed a comfortable 3-0 win when they last visited the midlands in March but Athlone’s form has improved immensely since that time and after a nervy start, they were more than a match for the visitors. 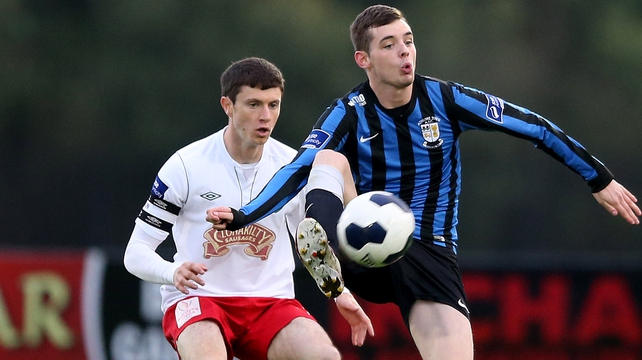 Cork opened very brightly and could have found the net in the second minute through John O’Flynn, who neatly intercepted Mark Hughes’ sloppy lateral pass and bore down on goal from midfield.

His shot from the right side of the penalty area was well saved by Ryan Coulter, but that was a rare foray forward for Cork as Athlone enjoyed the lion’s share of possession for the remainder of the first half.

City did take the lead when a lack of concentration allowed Dennehy to collect Mark O’Sullivan’s knock down and volley the ball to the net unchallenged from the edge of the six yard box, but that was one of the very few occasions that O’Sullivan gained any traction against Athlone’s centre back pairing of Alan Byrne and Derek Prendergast.

Athlone lined out with a much more attacking formation than normal, deploying Ian Sweeney on the left wing and playing with John Mulroy as a second striker. 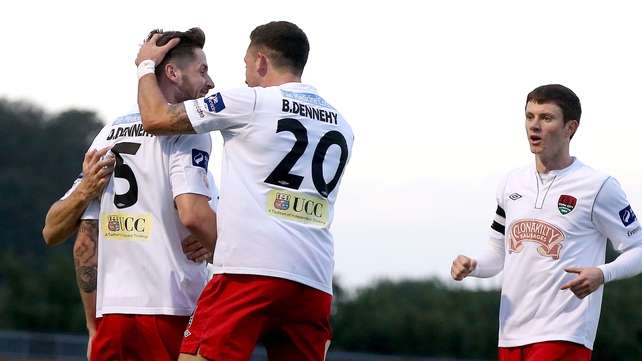 These two players were central to Athlone’s equaliser shortly before half time. Sweeney’s deft pass sent Kevin Knight clear in behind the Cork defensive line down the left flank and he was able to pull the ball back onto Mulroy’s left foot.

The Town striker’s effort was weak, but it somehow crept under Mark McNulty and over the line.

The Rebels were slightly improved after the break and the decision to send on Liam Kearney and Danny Morrissey just before the hour mark looked like a wise move as they brought a noticeable increase in tempo and attitude to the game.

Shortly after his introduction, Kearney produced a left wing great cross that fell to Garry Buckley at the far post, only for Buckley to get under the ball and send it high and wide. Kearney also helped initiate the fast break out of defence that led to O’Sullivan’s tap-in.

Kearney played in Dennehy down the left and after his cross ran through to Buckley, the midfielder sent a stinging shot towards Ryan Coulter. The home side keeper initially parried the ball up in the air, but as he backpedalled to catch it, he lost his bearings and stumbled into the net, allowing the ball to fall kindly off the crossbar onto O’Sullivan’s head.

The lead was to be short lived however as four minutes later O’Brien made a sensational impact, blasting the ball to the bottom corner of the net from the edge of the area after Philip Gorman set him up with a good layoff.

Athlone also had a glorious chance to steal all three points in injury time when Mark Hughes got on the end of O’Brien’s low cross, but the midfielder failed to get a clean contact on the ball and City were able to usher the ball out to safety. 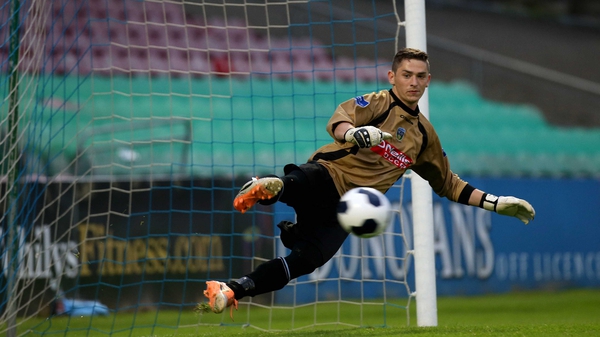