Reports suggest 38-year-old goalkeeper Shay Given is on the verge of a shock recall to the Republic of Ireland squad ahead of next week's World Cup qualifier in Georgia.

Given, who played in Aston Villa's 1-0 League Cup defeat to Leyton Orient on Wednesday night, has not worn the green shirt since retiring after Ireland's disastrous Euro 2012 campaign but said last year that he was open to a recall.

The Irish Sun reports that the 125-cap veteran has agreed to return but only on the condition that he plays, which would mean Milwall's David Forde, who has made the No 1 shirt his own over the last two years, dropping to the bench. 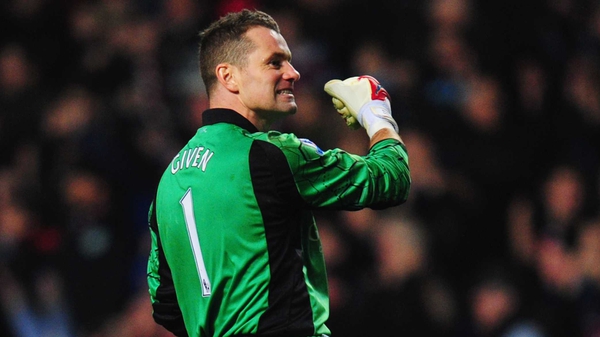