Cosmin Moti was the hero as Bulgarian side Ludogorets saw off Steaua Bucharest in a remarkable match which went to penalties.

After substitute Wanderson scored a wonderful volley in the 90th minute to send the game to extra-time, 1-1 on aggregate, centre-half Monti was forced into goal for the shoot-out following the 119th minute dismissal of Vladislav Stoyanov.

Moti, who spent seven years playing for Dinamo Bucharest, donned the sub-goalkeeper's jersey, scored the first penalty for his side and then made saves to deny Paul Pirvulescu and Cornel Rapa as Ludogorets won the shoot-out 6-5 to spark wild scenes.

“It’s the first time I’ve played as a goalkeeper,” Moti said. “It was a tough game but we’re a good team and we played very well. We should have won before the penalties.“

Athletic Bilbao came from behind to secure their place in the group stage of the Champions League with a 3-1 victory over Napoli.

After a 1-1 draw in the first leg, Napoli nosed in front when Marek Hamsik opened the scoring two minutes after half-time, firing in a low left-footed shot which found the net off the inside of the post.
But Bilbao responded with three quickfire goals after the hour mark.

Aritz Arduiz bagged two of them, afforded plenty of time before firing in Markel Susaeta's 61st minute cross and then capitalising on a defensive mistake to put the ball beyond Rafael Cabral in the 69th minute.

Five minutes later, Ibai Gomez drilled in a third to see off the Italians.

Malmo overturned a first-leg deficit to see off Salzburg and book their place in the group stages.

The Austrians led 2-1 from last week, but were run off the park in a 3-0 defeat in Sweden.

They struck early, with captain Markus Rosenberg scoring a seventh minute penalty before Magnus Eriksson lashed in a 19th minute volley to make it 2-0.

Rosenberg then made sure of progress with his second six minutes from time.

Bayer Leverkusen cruised through with a 4-0 win over FC Copenhagen making it 7-2 on aggregate.

Son Heung-Mon got the first only two minutes in after a defensive mix-up, and a deflected free-kick from Hakan Calhanoglu made it 2-0 five minutes later.

It was all but over when Stefan Kiessling got the third from the penalty spot after half an hour, and he bagged a second in the 65th minute. 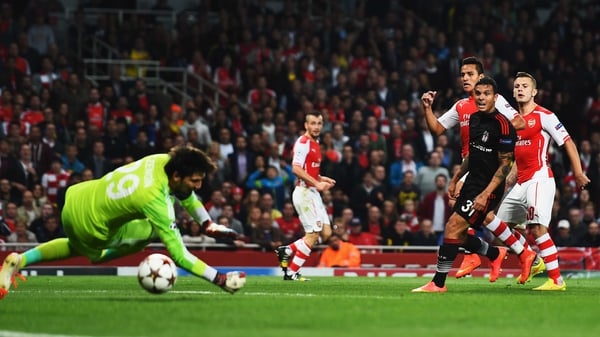