Crystal Palace have been fined by the Premier League over the leaking of information regarding the Cardiff line-up prior to the sides' encounter in Wales last season.

The Premier League board upheld a complaint from Cardiff, who alleged that team information was leaked to officials at Palace prior to the match on April 5.

"The Premier League board has considered a complaint from Cardiff City regarding the conduct of a Crystal Palace official," a statement from the League read.

"The board found that Crystal Palace breached Rule B.16 and has exercised its summary jurisdiction and fined the club."

Rule B.16 states that "in all matters and transactions relating to the League each club shall behave towards each other club and the league with the utmost good faith".

With both teams battling to stay in the Premier League, Palace won the game in Cardiff 3-0. Palace could face a fine of up to £25,000.

Cardiff had no comment to make on the matter.

Palace declined to comment on the Premier League's decision and said they would not be issuing a statement.

At the time of the incident, Cardiff submitted an official complaint surrounding the alleged leaking of their team.

Palace sporting director Iain Moody worked for Cardiff until earlier last season before taking up a post at Selhurst Park in November.

It was reported that Cardiff believed Moody might have used his contacts at the Welsh club, or close to Cardiff, to find out which players would start against Palace. 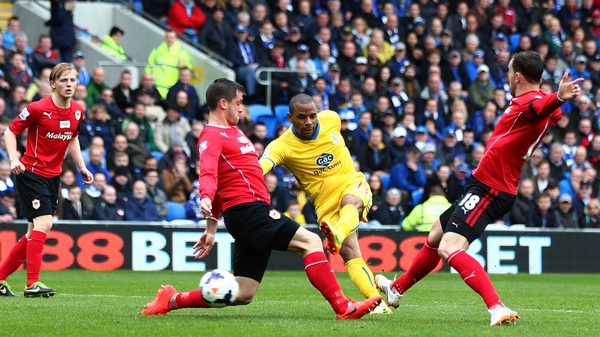