Ireland Women’s Under-19’s boss Dave Connell has spoken of his pride after his side’s impressive run to the semi-finals of the European Championships.

Ireland came up short against Netherlands in the semi-final, losing 4-0, but not before impressing hugely in their run through the tournament.

Reflecting on his side’s progress through the tournament, Connell said it had “been fantastic” and that it would prove beneficial for the players.

“We’ve had an absolutely great tournament,” Connell said. “I’m very, very proud of the players. We’re obviously very disappointed with the result tonight, but, going forward, we’ve a lot of good young players, and I think it’s going to stand to them.

“Hopefully we can get ourselves back into a final next year, or as soon as we can, because I think it’s great for the development of the players.”

“The girls are so humble, they’re very, very proud to play for their country, and I that’s been evident" - Dave Connell

Connell hailed his players’ impact on the pitch, and how they conducted themselves off it.

“I think we’ve really brought an awful lot to this tournament, on and off the field, and the girls should really be proud of themselves, because I certainly am [proud of them].”

“The girls are so humble, they’re very, very proud to play for their country, and I that’s been evident in abundance in the past week, or in the last eight days.

“They’ve taken Europe by storm. UEFA are delighted with them, and the manner in which they’ve portrayed themselves on and off the park.”

The future for the Under-19s would seem to be bright. Twelve of Ireland’s 18 players in the squad are eligible for the age group next year.

Connell singled out the contributions of Roma McLaughlin and Hayley Nolan, but said “we have a lot of young players” and that the team would work to qualify for another major tournament as soon as possible.

However, he did point out the gulf in class between Ireland and a Netherlands outfit whose preparation was full-time.

“The girls have worked really, really hard over the last couple of years to get where we’ve got today. We’ll go back to the drawing-board, we’ll try and work as hard again with the girls again.

“But there’s no doubt, Holland are full-time, the players are full-time soccer. It’s very, very hard to compete against that.

"They go training in the morning; they go to school in the afternoon; and then they train again that evening, all together as a group. It’s very hard to compete with that.”

Connell’s team returned home to a rapturous reception at Dublin Airport this morning. 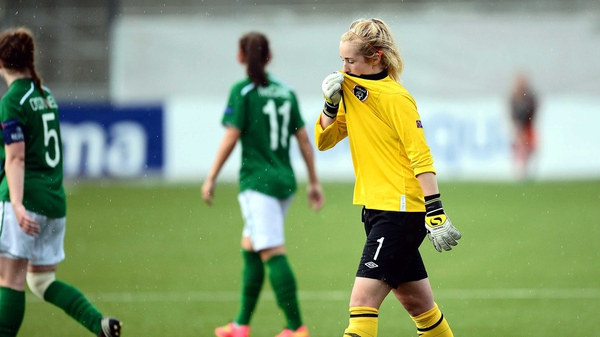