Chelsea have confirmed the re-signing of Didier Drogba on a one-year deal.

Drogba, a free agent after leaving Galatasaray, said the decision had been an easy one.

"I couldn't turn down the opportunity to work with Jose again," Drogba said.

"Everyone knows the special relationship I have with this club and it has always felt like home to me.

"My desire to win is still the same and I look forward to the opportunity to help this team. I am excited for this next chapter of my career."

Earlier, Chelsea manager Jose Mourinho had revealed that a possible return for Drogba was in his thoughts.

"We want to win matches and win titles and Didier is one of the best strikers in Europe," Mourinho said.

"He is still very adapted to the needs of the Premier League and we are thinking about it in a non-emotional way."

Drogba was named as Chelsea's greatest ever player in a poll of fans in 2012, having scored both the equaliser and the decisive shoot-out penalty as the Blues beat Bayern Munich in that year's Champions League final.

But Mourinho stressed: "If you bring him back it is not because he is Didier or scored the most important goal in the history of Chelsea, or because I read I need an assistant, no.

"If I bring him back, and the decision has to be made soon, it is because as a player he has qualities to make the team stronger.

"The team is not about the eleven. It is about the different options and with Didier's profile, being a squad player I think he could be important for any team.

"And because we know his heart is pushing him to where he feels he belongs, we are thinking about the possibility.

"[Chelsea owner Roman] Abramovich is very intelligent and he feels that people belong to the club. We feel that Didier belongs to us."

Drogba joins a crop of strikers including new signing Diego Costa as well as Romelu Lukaku and Victor Moses, who both spent last season out on loan.

Samuel Eto'o and Demba Ba have both departed the club this summer. 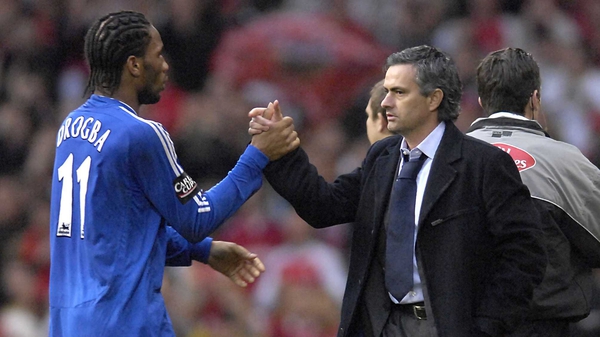