Borussia Dortmund coach Jurgen Klopp has ruled out selling Marco Reus or Mats Hummels this summer, insisting none of his club's big names will be following Robert Lewandowski out of the door.

Reus, who will miss the start of the season due to the ankle injury which also ruled him out of the World Cup, has regularly attracted interest from top European clubs while Hummels has more recently been linked with a €20million bid from Manchester United.

That valuation has been branded derisory by Klopp, who has absolutely no intention of depriving himself of two key players.

"What was today's rumour? Mats to Man U? For how much? 20 million? For a sum like that, you can forget about it anyway," Klopp told the Ruhr Nachrichten newspaper.

"Marco and Mats will be playing for us next season. I can assure everybody that there is no sign at all that either of them want to leave."

Both are contracted to Dortmund until 2017, although Reus is rumoured to have a clause in his contract allowing him to leave the Westphalian club next summer for €35 million - the same figure Mario Gotze was bought out of his contract by Bayern Munich for last summer. 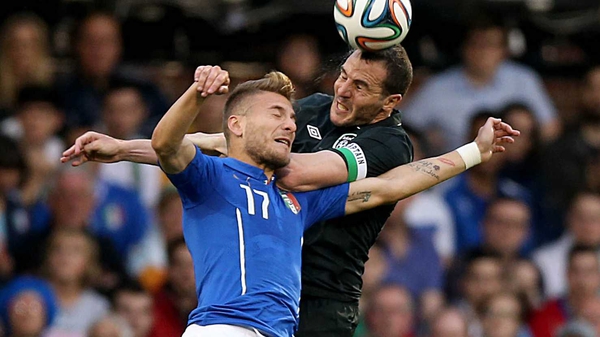