The Irish champions came agonisingly close to claiming a famous Champions League win as they led 1-0, thanks to Christy Fagan’s first-half goal, going into injury time.

However, a late strike from Miroslav Radovic denied Liam Buckley’s side victory but sets the tie up delicately for next Wednesday’s return leg at Tallaght Stadium.

Ireland international Fahey tweeted: “Disappointed with the draw but proud of the performance from everyone at St Pat’s. Great stage to play on."

Pat's defender Kenny Browne said he was "gutted" to have conceded so late, but praised what he described as "a fantastic shift from everyone".

He said the result gave St Pat's a chance in the replay.

The injured Seán Hoare, meanwhile, tweeted that he had been "a nervous wreck" watching the game and that it was still all to play for. 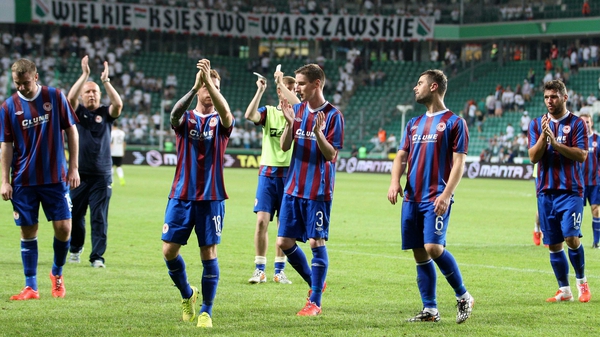