St Patrick’s Athletic “will have to bring their ‘A’ game” to get something out of their Champions League qualifier clash against Legia Warsaw tonight, according to manager Liam Buckley.

Pat’s have it all to do as they travel to Warsaw for the first leg of their round two qualifier, but their manager Buckley is confident they can be competitive.

“If we do bring our ‘A’ game, I think we’ll give them a game,” Buckley said. “We want to give ourselves a chance to get something out of the game to make sure we get it back to Dublin.”

The Polish club’s turnover dwarfs that of Pat’s, and their squad features 17 internationals, but Buckley was not for being over-awed.

“If we play as well as we can do – I mean, we played Aberdeen here a few weeks back; in the first half I thought we were great – if you play like that against Legia, you give yourself a chance.”

Seán Hoare is the only injury absentee for Pat’s, with Killian Brennan and Ian Bermingham expected to return.

Legia boss, former Manchester United and Blackburn Rovers defender Henning Berg, said before the game that it had been some time since a Polish side had been in the Champions League, and that it would be “fantastic” to progress.

Berg anticipated that the approach Pat’s would take would be more familiar to Legia than that of an eastern European side.

“It’s more known to us, this type of football,” Berg said. “It’s not too different to the football we play. [It’s] a little bit physical. It can be direct.” 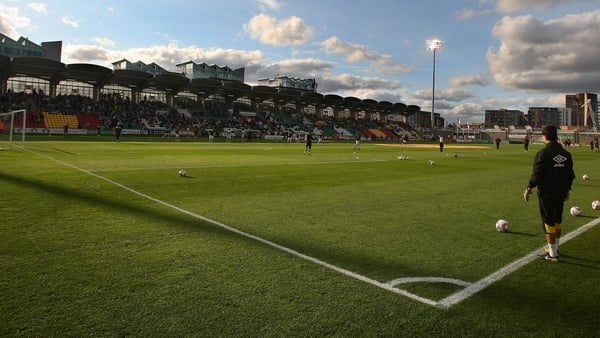