Luis Suarez would be allowed to have a medical ahead of a transfer under the terms of his four-month ban for biting, FIFA's disciplinary chief has confirmed.

The Liverpool striker has been banned from all football-related activities including from stadiums, but it will not prevent him moving clubs if a transfer deal is agreed.

Barcelona are understood to be in negotiations about signing the Uruguay striker.

Claudio Sulser, the head of FIFA's disciplinary committee, said: "The player cannot have any activity related to football, but a medical examination for a transfer yes - the sanction is not linked to transfer rights."

Suarez has appealed against the four-month ban imposed for biting Italy's Giorgio Chiellini.

Sulser added that the Suarez bite was "a very severe case" but that the sanctions - which also included a nine-match international ban and a £66,000 fine - were not to set an example, but for "justice".

Sulser said: "This is still an ongoing case and an appeal has been filed, so I prefer not to give my opinion.

"When the committee was analysing this case, one thing I mentioned in my capacity as the chairman is we don't need to impose an exemplary sanction, we need to have justice and reached the sanction in a very severe case."

Asked why the committee imposed a ban that damaged Liverpool, Sulser told Press Association Sport: "That's your opinion. It's a sanction against the player.

"That is the risk if you are a player and you are sanctioned at the World Cup.

"I agree with you it's a problem for Liverpool, but the sanction is in the disciplinary regulations." 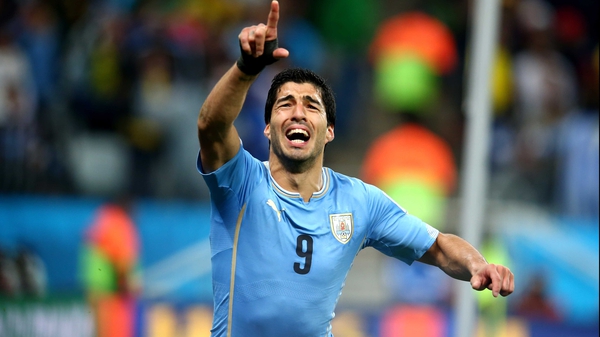 'Productive talks' over Suarez move from Liverpool to Barcelona