The 31-year-old has not played professionally for two years following his release by the Black Cats in 2012 following a series of arm and knee injuries.

But he will now have the chance to resurrect his career at Celtic Park, having been handed a two-year contract with the option for a third.

"Celtic have signed goalkeeper Craig Gordon on a two-year contract with the club having the option of a third year," read a statement on the club's official website.

"The 31-year-old keeper, who formerly played with Hearts and Sunderland and who has 40 Scotland caps, will immediately jet out to Austria to join Ronny Deila and his new Celtic team-mates at their pre-season base."

Gordon began his career with hometown club Hearts, where he won a Scottish Cup, and his performances earned him a £9million move to Sunderland in 2007, then a British record fee for a goalkeeper.

A knee injury sidelined him for three months in the 2008/09 campaign and the following season a broken arm saw him miss a further 12 weeks.

Simon Mignolet displaced Gordon as number one at the Stadium of Light ahead of the 2010/11 campaign.

Further knee problems over the next two seasons meant he would never consistently regain his place.

Gordon acknowledges it has been a long road back to fitness but he is now eager to prove himself once more at the top level.

"I set myself, a year ago, where I could get back to the point where I could give myself the opportunity to prove myself all over again," he told Sky Sports News. "That's the stage I'm at now. I look forward to that challenge.

"I've got myself to a position where I can play now and hopefully that's all behind me and I can forget about it and just concentrate on playing football."

Fraser Forster is the undisputed number one for the Hoops, with his form earning him a spot in the England squad for this summer's World Cup in Brazil.

Lukasz Zaluska has also proved himself an able deputy whenever called upon, and while Gordon appreciates it will be difficult for him to break into the first team, he feels he is up to the challenge.

"They've got more than one good goalkeeper at the club," he added. "There's a few that I'll have to try and battle my way past.

"The good thing is that I'm fit and able to give that my best shot." 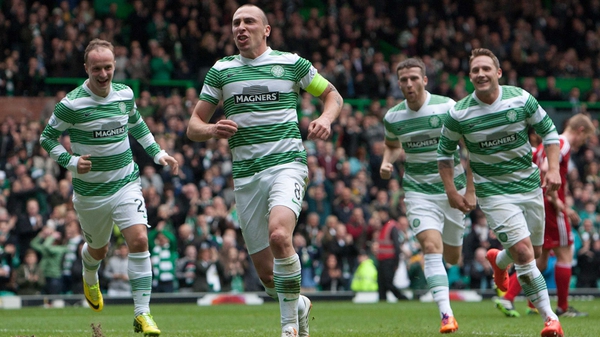