Roy Keane has been confirmed as Aston Villa assistant manager - but will remain in his role a Republic of Ireland number two.

The 42-year-old will work alongside Paul Lambert at Villa Park, combining the role with his post as Ireland boss Martin O'Neill's number two.

Keane said: "I am looking forward to linking up with Paul Lambert at Aston Villa and thank Martin and the FAI for giving me the opportunity to do so.

"I remain totally committed to my job with the Republic of Ireland and all that it involves. This agreement promises to be an exciting challenge and will give me an opportunity to continue developing my coaching skills on a daily basis that should ultimately benefit everyone.”

The move was mooted last month after Keane spoke to Celtic about the opportunity to succeed Neil Lennon as manager, but ultimately decided not to take matters any further.

Keane's appointment comes with the players due to return for pre-season training on Monday.

Ireland manager O'Neill said: "This is a good arrangement for us that allows Roy to remain in position as my assistant manager. Since he started in November, Roy has been excellent with the players and I have no doubt that he will bring all of the positive attributes he has shown here to the role he takes on at Aston Villa with Paul Lambert."

Villa boss Lambert added: "Roy has a great knowledge of football, on the coaching side as well, and he'll be a great asset and a big help to everybody here at Aston Villa.

"Although we never played together, we competed against one another and he's someone for whom I have a lot of time and respect.

"He has worked under some great managers, some of the most successful in the game, and he'll be a great help to myself as well."

The former Sunderland and Ipswich manager returned to the game in November last year when O'Neill offered him the opportunity to return to the international fold.

He has clearly enjoyed his time to date with Ireland and that proved a key factor in his decision over the vacancy at Celtic.

However, Keane's presence within the Ireland camp raised his profile once again and O'Neill admitted at the height of the speculation at the end of May and the beginning of July, that the former Manchester United skipper would inevitably be courted by other potential employers. 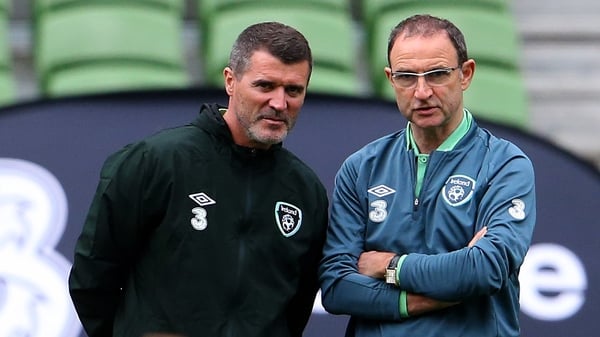