Liverpool have made their second signing of the summer after agreeing a deal for Bayer Leverkusen midfielder Emre Can.

The Reds have been chasing the Germany U-21 international for some time but the process was held up by complications relating to a buy-back clause Bayern Munich inserted into the deal which took the 20-year-old to Leverkusen for £4.4m a year ago.

It is understood that Can will officially join Liverpool on 1 July when all the relevant paperwork can be completed but the player has already signed a contract with the club.

Can had a €12m (£9.75m) release clause effective for foreign clubs and it is reported Bayern will receive £1.2m as compensation for waiving their buy-back option.

The 20-year-old midfielder follows Southampton striker Rickie Lambert, who completed his £4million move on Monday, to Anfield as manager Brendan Rodgers' summer strengthening continues ahead of a Champions League return next season.

A deal for the German progressed significantly on Wednesday when Leverkusen confirmed Liverpool had made an official bid and it was concluded late on Wednesday night.

In a short statement Liverpool said: "Liverpool have today agreed a deal in principle with Bayer Leverkusen to sign 20-year-old Emre Can, subject to documentation being completed."

Schade, in confirming Can's depature, said the club were powerless to keep the player once his release clause was met.

"Emre Can has developed very quickly at Bayer 04 Leverkusen over the past 12 months," he told the club's website.

"We wanted to keep Emre at Leverkusen but the release clause is part of his contract.

"So we wish him all the best and lots of success in his time in the Premier League."

Rodgers is trying to get most of his transfer business done early - a take-it-or-leave-it offer of £25million for Lambert's team-mate Adam Lallana remains on the table - but Liverpool are looking at alternatives should Southampton refuse to lower their £30million asking price, compounded by the 25 per cent sell-on clause agreed with Bournemouth.

The club are also trying to push through a deal for Sevilla left-back Alberto Moreno but are wary the Spanish club are trying to create an auction for the 21-year-old to inflate the asking price, which Liverpool currently believe is about £16million.

Away from team affairs Liverpool have taken another step towards the redevelopment of Anfield by submitting a formal planning application.

The club have sent extensive details of how they want to expand the Main and Anfield Road Stands to Liverpool City Council and a planning committee will consider the proposals later this year.

Residents, businesses and fans overwhelmingly backed the plans during a public consultation earlier this year and should they be approved it would see the capacity of a new Main Stand rise by 8,500 to nearly 21,000 and the Anfield Road end by 4,800, taking the total stadium capacity to 58,800.

The club has also appointed Tom Doyle, an experienced project director who worked on the London 2012 Olympic programme and more recently the SSE Hydro Arena in Glasgow, to manage the project.

"Over the past 18 months and as part of this approach, we have worked closely with the community, local residents, Liverpool City Council and Your Housing Group and we are delighted to be able to bring forward a planning application at this stage," Ian Ayre, who has been promoted to a more wide-ranging role as chief executive by owners Fenway Sports Group, told liverpoolfc.com.

"A lot of good work has been done and we still have more work to achieve certainty; however, the planning application is another step in the right direction."

If planning consent is granted construction will begin on the Main Stand early next year and will be completed in time for the 2016-17 season. 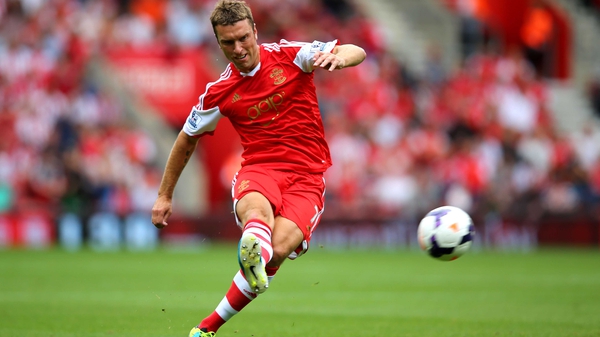