Republic of Ireland boss Martin O'Neill is convinced Aiden McGeady can become a major asset on the international stage.

The 28-year-old Everton winger turned in an impressive first-half display in Sunday evening's 2-1 friendly defeat by Turkey at the Aviva Stadium.

McGeady, who has not played as much football as he would have liked since his January switch from Spartak Moscow, was withdrawn halfway through the second half as his influence waned, but O'Neill is confident there is more to come from a player he knows well from their time together at Celtic.

He said: "Aiden has not played much football in the last six months. I don't want to be an apologist for him - I think I have said this here before - I am a big fan of his in terms of ability.

"He created some beautiful moments for us, but can go for a 10 or 15-minute spell not in the game.

"Sometimes that's not his fault; sometimes it is, and those are the type of things that I think if he can iron out, he will be an asset to us in all aspects of the game."

"He created some beautiful moments for us, but can go for a 10 or 15-minute spell not in the game" - Martin O'Neill

It was McGeady who created what might have been a pivotal moment in the game when he played Shane Long in behind defender Omer Toprak, who appeared to upend the striker inside the box.

However, French referee Ruddy Buquet thought differently, and Turkey took full advantage as chances went begging for the home side, establishing a 2-0 lead through goals from Ahmet Ilhan Ozek and substitute Osman Tarik Camdal either side of half-time.

Jonathan Walters sparked a late flurry when he pulled one back with 12 minutes remaining, but although fellow substitute Daryl Murphy headed straight at keeper Onur Recep Kivrak, there was to be no way back.

The defeat was Ireland's second in as many games at the Aviva Stadium with Serbia having triumphed by the same score in March, and O'Neill admitted their failings have to be addressed quickly if they are to succeed in their mission to qualify for the finals of Euro 2016.

He said: "That's two games now. I don't want to come in with the same message, please.

"We created some really great chances in the match and I know it's a friendly game, but we have been beaten and we would have gained more confidence from winning the match.

"I actually thought that we created a lot of chances in the game and I genuinely don't know how we lost the match.

"A combination of things - probably poor finishing, some great saves by the goalkeeper too - but we should have had the game out of sight by half-time." 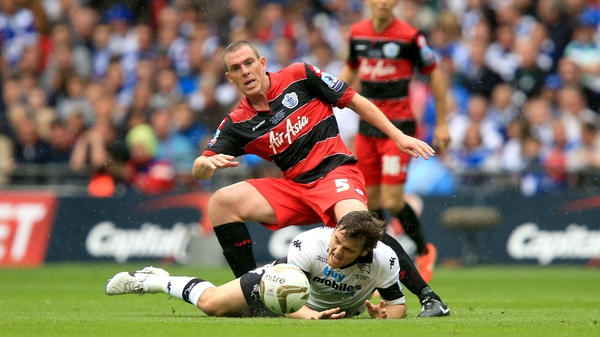