The Republic of Ireland lost the first of their four end-of-season encounters as Turkey beat Martin O’Neill’s side 2-1 in this evening’s friendly international at Aviva Stadium.

Despite an impressive start by Ireland, it was Turkey who grabbed the opening goal of the game after Ahmet Illhan Ozek headed home in the 17th minute.

The visitors made it 2-0 with 15 minutes remaining as substitute Tarik Camdal blasted the ball into the roof of the net to thwart any chance of an Irish comeback.

Ireland did manage to pull a goal back moments later as fellow sub Jon Walters curled an exquisite effort into the top corner, but it was to prove little more than a consolation as Turkey held out for the victory.

While 42,000 turned up at the same venue last week to watch Liverpool reserves go through the motions of a meaningless end-of-season friendly, the Lansdowne Road venue was barely half full for the national team’s final home fixture of the season. 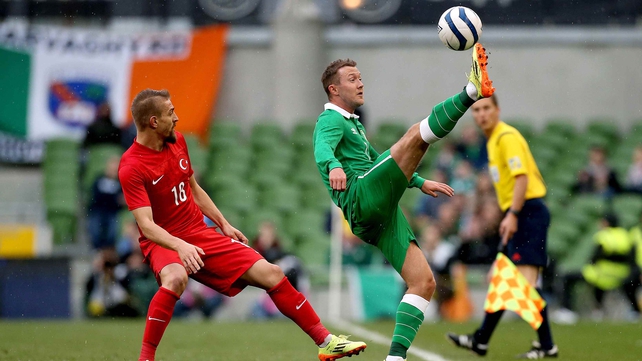 And thankfully, the post-season feel to this fixture didn’t have time to manifest as Turkey came flying out of the traps as debutant Rob Elliot was tested from distance in the opening seconds, and the Newcastle keeper got down well to stop Mevlut Erdinc’s early effort.

The Ireland goal was, once again, under threat less than a minute later as a mix-up at the back between John O’Shea and Glenn Whelan set up a chance for Ahmet, but his effort was deflected wide for a corner.

The late-season lethargy was put to one side as O’Neill’s side stepped up the tempo and Ireland could have been awarded a penalty as Shane Long was bundled over when racing through on goal in the fifth minute.

The referee waved away all appeals and perhaps Long needed to be a little bit more in control of the ball and ahead of his man to convince the official to award the spot-kick.

What followed was an impressive period of Irish possession as midfielder Marc Wilson controlled the game from the half-way line with the ball being worked down both flanks.

That sustained Irish pressure nearly bore fruit in the 15th minute as Long induced a world-class save from Turkey keeper Onur Recep Kivrak. 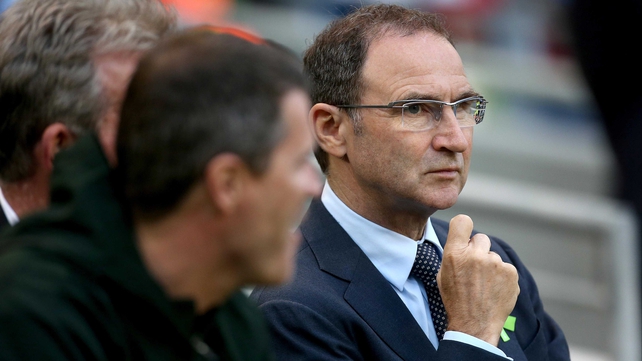 Turkey’s defence failed to clear as the ball hopped kindly for the Hull City striker, but his well-struck half-volley was superbly saved from close range.

The ball was not fully cleared and O’Shea deflected a shot from the edge of the box on target, but Caner Erkin was back on the post to clear off the line.

Turkey made the most of their good fortune and turned the game in their favour a minute later as Ahmet gave the visitors the lead.

A quick break down the right flank fed Gokhan Gonul and his pin-point cross was met at pace by the centre-forward whose downward header flew past Elliot at his near post.

Ireland took a few minutes to re-establish the upper hand after that cruel sucker-punch, and their commitment was very much in evidence as Whelan led by example, winning a free-kick in a dangerous position after some tough tackling in the middle of the park.

The resulting set-piece showed that Ireland could threaten from the dead-ball and Crystal Palace centre-half Damien Delaney saw his headed effort saved in the 23rd minute.

Again Ireland were getting plenty of joy down the flanks and some good link-up play by Long in the 26th minute allowed Aiden McGeady to engage in a spot of touchline trickery before delivering an accurate cross into the Turkey box.

James McClean read the ball well and arrived at full tilt across his defender, but his diving header could not be directed on goal and the ball flew wide.

Ireland kept up their search for an equaliser and this time it was McClean who enjoyed some space on the left wing and carved out a half-chance for the incoming Long, but the ball was just behind the striker and his innovative effort failed to test the opposition goal.

Half-time arrived with the visitors enjoying a one-goal lead, which was perhaps a touch fortuitous as Ireland dominated for most of the opening period.

The start of the second half was spared the typical emptying of the benches, yet little occurred in the opening 15 minutes apart from a blocked McGeady effort and a fine piece of committed defending from Delaney to block Melvut’s ferocious effort on goal.

The subs did arrive in the 65th minute as O’Neill sprung a three-way switch with David Meyler, Jon Walters and Daryl Murphy entering the fray. 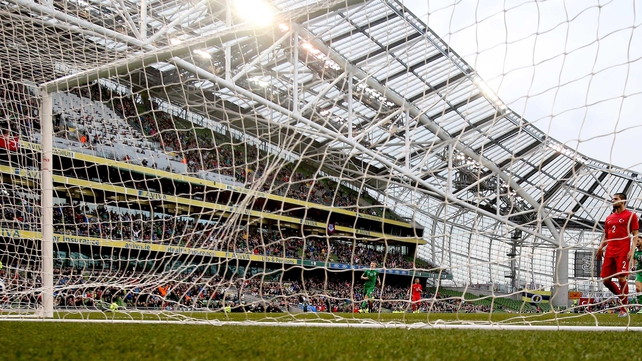 And the desired effect almost arrived as Murphy helped the ball on to Meyler, but the midfielder could not keep his effort down and the ball flew over the bar.

Ireland had another penalty shout waved away in the 75th minute as Wes Hoolahan went over in the box, but this time it was a much easier decision for the referee as the Norwich midfielder went down too easily after the slightest of touches from the covering defender.

Turkey countered and once again were rewarded as they opened up a two-goal lead following a clinical finish from Tarik.

The visitors worked the ball through the middle of the park and a sublime, slide-rule pass from Oguzhan Ozyakup put Tarik through, who rifled the ball into the roof of the net.

Ireland could, perhaps, have been forgiven had they allowed the game to peter out for the final 15 minutes, but credit to the team and for the manager for leaving Hoolahan on the pitch as it was his vision and ability that sent a precise ball over the top for Walters to chase.

The Stoke City utility man raced on to the ball and checked back inside the Turkey defender on the left corner of the box before unleashing an unstoppable effort into the top corner in the 78th minute.

However, that strike failed to ignite the Irish play and Turkey were rarely rattled as they saw the game out. Ireland travel to Fulham’s Craven Cottage to face Italy in a week’s time. 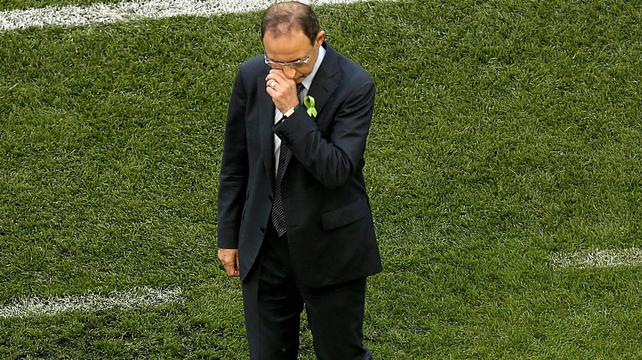