Republic of Ireland boss Martin O'Neill has insisted he would not stand in Roy Keane's way if he was offered the chance to manage Celtic.

O'Neill's 42-year-old assistant has been heavily linked with the post vacated by Neil Lennon earlier this week despite distancing himself from the role on Friday.

However, as the former Manchester United skipper jetted out to Lisbon in his role as a television pundit for the Champions League final, the Ulsterman was unequivocal when asked what his reply would be should he be asked by Hoops' majority shareholder Dermot Desmond about Keane.

O'Neill said: "I would say that he would make a good manager, I have always said this about Roy Keane. I think the experiences he has had at Sunderland and Ipswich will stand him in good stead.

"He is naturally disappointed by the Ipswich affair, and it's not something he wants to leave.

"I think this particular element - it's just my view - is good for him. It gives him a chance to look at it, maybe work with somebody with a bit of experience like myself.

"But he will become a manager, there's no question about it.

"Naturally having brought him in, I'd be disappointed if it went through that he's gone, but I wouldn't really be standing in his way in that sense.

"I'd speak to him, I'd speak to [FAI chief executive] John Delaney as well - I think Roy mentioned that the other day - if that's the case, but it is honestly pure speculation at this minute.

"But it doesn't bother me too much at all - or at least I am trying to show that."

"It genuinely isn't a problem to me. Obviously it may well be when he is actually specifically asked for a managerial job. I will deal with that when it comes, if it comes."

Desmond, of course, helped broker the deal which established the unlikely partnership between former Celtic boss O'Neill and Keane as the Football Association of Ireland looked for a replacement for Giovanni Trapattoni.

There were more than a few raised eyebrows when the younger man accepted the subordinate post having previously managed in his own right at both the Stadium of Light and Portman Road.

He was not being mentioned in dispatches for vacancies at the time, but O'Neill has no problem with the fact that his name now appears to be back on the horizon.

He said: "When I took him on in the first place, I can't say I had really thought that particular element of it through.

"It wasn't top of list at the time because he wasn't being mentioned for jobs, but such is the profile of the man that really I probably should have expected it.

"He was linked also as assistant to [Louis] Van Gaal at Manchester United, he is being linked everywhere.

"It genuinely isn't a problem to me. Obviously it may well be when he is actually specifically asked for a managerial job. I will deal with that when it comes, if it comes."

O'Neill's relaxed attitude may stem in part from the fact that the focus of attention has already shifted markedly in the few days since Lennon ended his four-year stay at Parkhead.

Henrik Larsson was swiftly installed as the bookmakers' favourite, prompting a series of questions about him to his one-time manager as he held his Republic press conference on Thursday afternoon, although the Swede has since slipped in the reckoning.

O'Neill said: "When we were doing a press conference, Henrik Larsson was nailed on for it, and then suddenly he was nailed off again, so I don't know how serious it is at all.

"If it arrives, then I'll deal with it, if that's the case." 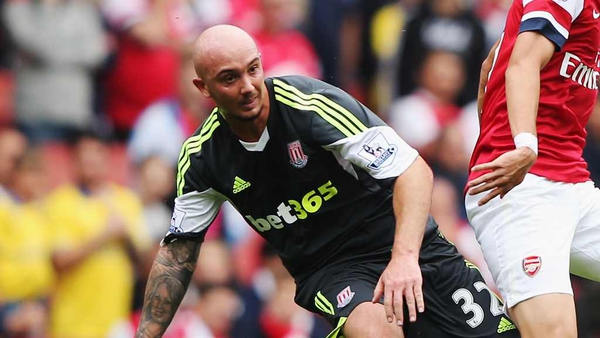