Neil Lennon says he will help Celtic find his successor after announcing he is moving on to a "new challenge".

The 42-year-old former club captain steps down having led the club to three Scottish Premiership titles during his four-year spell in charge.

Former Hoops idol Henrik Larsson has been installed as the bookmakers' favourite to replace him, but there is backing too for fellow Parkhead old boys Malky Mackay and Paul Lambert.

And Lennon says he will now help Bhoys chief executive Peter Lawwell pick the man to replace him.

"Serving the club was always a privilege," Lennon said. "I have always given my best and aimed to do all I can to ensure success for Celtic, as a supporter it was all I wanted.

"I will now assist the club in appointing my successor. As ever, we will need our fans' support and I am sure they will give the club and the new manager the same great backing which they gave to myself."

But while the bookies seem convinced Larsson will be the next man to take over at 'Paradise', the Swede played down the suggestions.

The retired striker - now in charge of Falkenberg in his homeland - told the Daily Record: "I understand that I always will be linked with the job in Celtic after my years in the club as a player.

"Of course I can see myself as manager of Celtic and to go there in the future. But my focus now is on Falkenberg. Nothing else."

"Of course I can see myself as manager of Celtic and to go there in the future. But my focus now is on Falkenberg. Nothing else." - Henrik Larsson

Lennon replaced Tony Mowbray in March 2010 as caretaker after the Englishman's disastrous reign ended with a 4-0 thumping at St Mirren.

He was given the job permanently despite losing a Scottish Cup semi-final to First Division Ross County just three games into his temporary stint in charge.

The Northern Irishman's first full season also ended in disappointment as Rangers snatched the title but at the end of that campaign, he told the Parkhead crowd: "This is not the end, it's just the beginning."

Since then, Lennon's team has reigned supreme on the domestic front with three league wins in a row.

There was success in Europe too as Lennon's team stormed to the knock-out stages of the Champions League last year - a run that included a famous Parkhead win over Barcelona. 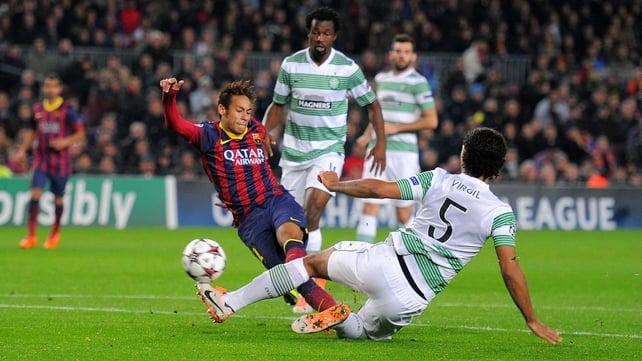 But the former Leicester City midfielder now looks certain for a return to England after growing frustrated that his attempts to turn the club into a European power were hampered by their lack of financial might in the transfer market.

His agent Martin Reilly, however, insists the two-time Scottish Football Writers' Association manager of the year has not yet decided on his next step.

"He has nothing lined up," Reilly told Press Association Sport. "He just feels now is the time to move on to the next challenge."

As well as his three league wins as boss - which made him just the fourth Celtic manager to land three in a row after Willie Maley, Jock Stein and Gordon Strachan - there was also two Scottish Cup triumphs during his reign.

However, controversy has never strayed far from Lennon during his time in Scotland.

He was given a four-match touchline ban following a spat with then Ibrox assistant manager Ally McCoist back in March 2011.

That same month, a parcel bomb addressed to the Celtic boss was intercepted by Royal Mail staff. Two men were later jailed after being found guilty of conspiring to assault Lennon and two other victims.

"I have supported Celtic all my life and the club will always be part of me." - Neil Lennon

Lennon was also attacked in the dug-out at Tynecastle in May of that year after a supporter leapt from the Hearts end and charged straight for him.

Despite those ugly incidents, Lennon insisted he had enjoyed his time in Glasgow's east end.

"I have supported Celtic all my life and the club will always be part of me," he said. "It was an absolute honour to play for this great club, to captain the team and of course to become Celtic manager, a position which I cherished dearly.

"However, I feel the time is now right to move on to a new challenge.

"Of course, I am very pleased that I will be leaving Celtic as Scottish Champions and with the club in such good health. I wish the club nothing but good fortune going forward.

"I would like to send my sincere thanks and best wishes to Johan Mjallby and Garry Parker who have supported me magnificently, to all the players and staff at the club who I have worked with over so many years and, of course, to our magnificent supporters who have been with me through everything.

"I would also like to thank Dermot, Peter and the club's Board of Directors for their support." 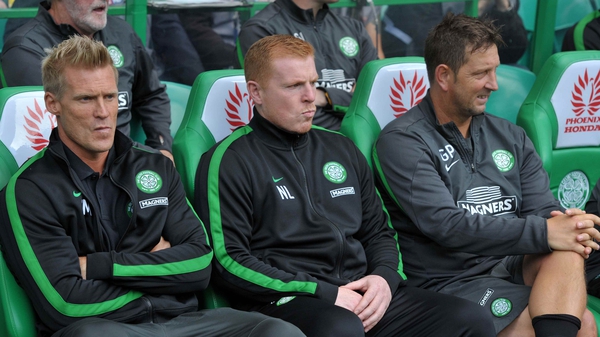