Luis Suarez claims to be loving life at Liverpool and has no thoughts of leaving Anfield.

The Uruguay star has enjoyed a superb season for the Reds, scoring 31 goals and winning both the Professional Footballers' Association and Football Writers' player of the year awards.

That came after a hugely controversial summer last year, when Suarez - serving a ban after biting Chelsea's Branislav Ivanovic - tried to force a move away.

Now transfer speculation has started again but Suarez, who earlier this week denied a clause allowing him to move to one of Europe's biggest clubs had been inserted into a contract signed in December, has been quick to distance himself from the rumours.

The 27-year-old, who is reportedly of interest to Real Madrid, told Sky Sports News: "I signed the contract because I love it here and I'm so happy here. If you're not happy here you don't sign any contract.

"Liverpool's team for me is one of the best in the world because nobody here in the dressing room thinks I am better than another and the people here inside Melwood work very well.

"I love it here and this mentality I like because maybe in some other dressing rooms I am bigger than you and another bigger, it's difficult for the team-mates to play together on the pitch in something like that." 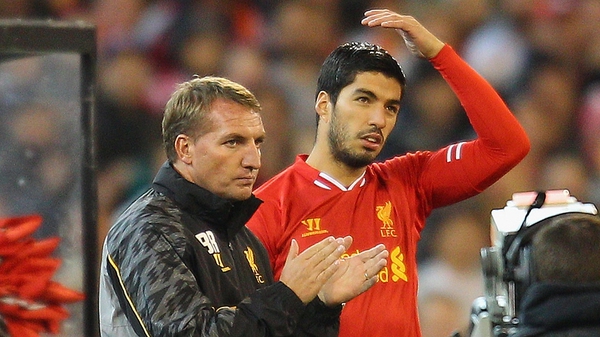 Luis Suarez has made me a better manager: Brendan Rodgers