Tim Sherwood is already looking forward to his next management job, insisting he would not have done things any differently at Tottenham.

The 45-year-old left White Hart Lane on Tuesday, less than six months after he replaced Andre Villas-Boas in the dugout.

However, the experience has not put him off taking another position.

"I really enjoyed it and I can't wait to get back in,” Sherwood told ITV4. “Perversely I like doing it - to want to do that job you must be crazy.

"I didn't fall off my chair when they told me. Obviously I was disappointed to lose my job"

"But I knew what I was going into. There's a lot of tension and pressure occupies your mind totally. I was waking up in the night thinking of teams, who you should play.

"It was a massive learning curve, my first opportunity to manage.

"I've seen wins, defeats and draws and I've seen a few tantrums - and the sack, which I didn't want to see. Would I do anything different? Probably not."

Sherwood led Spurs to a sixth-placed finish and qualifying for next season's Europa League - however, speculation had surrounded his future in the role for several weeks.

On Tuesday's decision, he added: "Put it this way, I didn't fall off my chair when they told me. Obviously I was disappointed to lose my job." 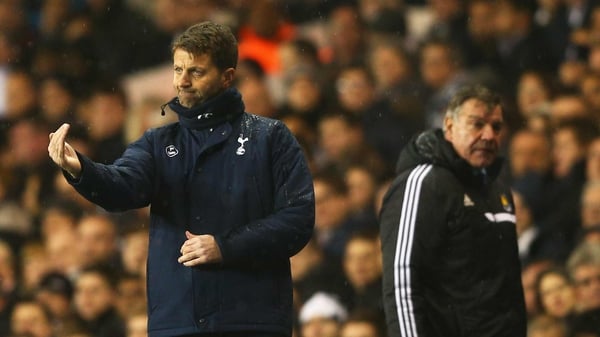