Scudamore has apologised for the emails, which were sent privately to a lawyer friend but were published in a Sunday newspaper.

But in a response to Edward Lord, a member of the FA's Inclusion Advisory Board (IAB), which has been copied to acting Premier League chairman Peter McCormick, Dyke makes clear his view of Scudamore's remarks.

He also explains why the FA decided not to take disciplinary action against Scudamore - Lord had suggested the 54-year-old Premier League chief should face action.

Dyke says in the response, a copy of which has been seen by the Press Association: "In terms of FA disciplinary policy we, as the FA, could have considered taking action had Mr Scudamore's statements been made in the public arena.

"However our policy has always been that we do not consider something stated in a private email communication to amount to professional misconduct.

"We do, however, consider the content of the emails to be totally inappropriate."

A special meeting of the IAB has been convened for next Tuesday by the board's chair, the independent FA board member Heather Rabbatts - who has called the emails "unacceptable" - to discuss the Scudamore issue.

Dyke's comments go significantly further than the official FA statement issued on Monday, as does an email to staff from FA general secretary Alex Horne about the issue.

Horne said: "It is important I communicate to all staff how disappointed all of us are in the tone and nature of the content of these emails which we believe is totally inappropriate.

"Richard is not an employee of the FA and the matter is one for the Premier League to address considering their respective policies. The issue is something we will continue to monitor."

There is growing concern among some figures both inside and outside the FA at the lack of formal action taken by the Premier League.

Britain’s sports minister Helen Grant has already branded the content of Scudamore's emails "completely unacceptable" while Labour's shadow sports minister Clive Efford has written to both the FA and Premier League asking why Scudamore has not faced action.

Scudamore's emails were seen by a former temporary PA who leaked them to the Sunday Mirror. As well as some sexual innuendoes, the email exchanges also made sexist jokes about "female irrationality".

In a statement on Sunday, Scudamore said the exchanges were "private emails exchanged between colleagues and friends of many years" that should not have been accessed by the temporary employee, but accepted they were inappropriate and added: "It was an error of judgment that I will not make again".

It is understood that the case will go before the Premier League's audit and remuneration committee, chaired by Chelsea chairman Bruce Buck, next week.

The Premier League said on Wednesday a formal process was currently under way dealing with Scudamore's emails.

A statement said: "The governance and board procedure is being followed with the matter being reported immediately to the acting non-executive chair of the board, the chair of the audit and remuneration committee and the shareholders, who are the principal decision making authority of the Premier League and to whom the chief executive is ultimately responsible."

Rabbatts, the independent FA board member who chairs the Inclusion Advisory Board, said the Premier League had been asked to respond on the issue.

Rabbatts told PA Sport: "As has been made clear in the letters from the chairman and general secretary, our view is these comments were totally inappropriate and unacceptable.

"We have convened a special meeting of the IAB from next Tuesday and we have asked the Premier League to respond on this matter, and we look forward to hearing from them before that meeting on the positive and concrete steps that they will take."

Rabbatts confirmed Scudamore had not been in breach of FA rules.

She added: "The FA has looked into the issue of whether it is a breach of FA rules and this is not the case, but it is firmly a matter for the Premier League.

"Clearly, it's important for the IAB to discuss this matter as it has a remit to fight discrimination across the game." 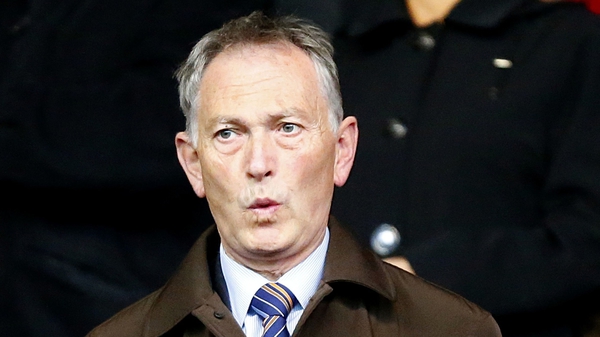