Republic of Ireland midfielder Robbie Brady could be in line for a shock return to Steve Bruce's Hull squad for Saturday's FA Cup final against Arsenal at Wembley.

Brady has not figured for Hull for three months after undergoing surgery on a long-standing groin injury in February.

But the 22-year-old has returned to full first team training recent weeks and is making a late push to be part of Bruce's plans.

“Robbie Brady's come from nowhere in the last couple of weeks,” Bruce told the Daily Mail. “It's amazing what an FA Cup final does.

"We've seen him in training for the first time in six months, so it's been incredible."

Brady scored four goals in 18 appearances for the club this season before electing to undergo surgery.

Arsenal manager Arsene Wenger, meanwhile, has no qualms about playing Bacary Sagna and Lukas Fabianski in the game despite their uncertain futures.

The France right-back and Poland goalkeeper are out of contract this summer, having both rejected renewed contract offers from the north Londoners.

Sagna has been at the Emirates Stadium since 2007 but looks set to leave after Saturday's clash with Hull, with the Gunners having reportedly failed to match his £100,000-per-week wage demands.

"I don't doubt [Bacary Sagna's] integrity, his desire to win and his commitment" - Arsene Wenger

That, though, is not of immediate concern to manager Wenger, who will happily play the France international at Wembley.

"I told you many times that it's exactly the same as last week," he said when asked about developments on Sagna's future. "The ball is in his camp and I cannot influence that.

"[In terms of playing him, I have no concerns] at all. I told you many times for me a professional is to give your best until the last day of your contract.

"That's for me the real professional. I don't doubt his integrity, his desire to win and his commitment at all."

Wenger answered in similarly blunt fashion when asked about Fabianski, who appears to have grown tired of playing second fiddle to countryman Wojciech Szczesny and looks likely to depart this summer.

"The answer is exactly the same," he said. "Honestly, I have always acted like that because it would basically mean the guys are not professional.

"I have done that with Samir Nasri, with Robin van Persie, with everyone when I knew they left or had a good chance to leave, I always played them. If they deserves to play, they play." 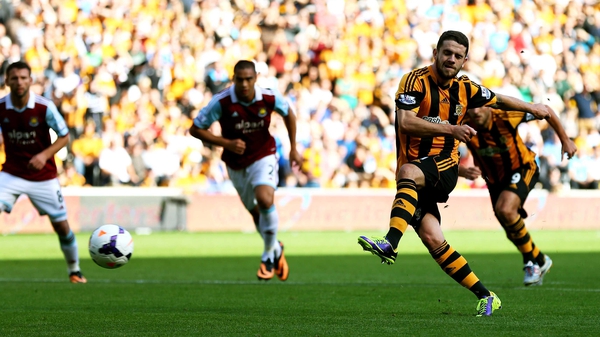