Roy Keane has read the riot act on Manchester United defenders Phil Jones and Chris Smalling, insisting the pair have "gone backwards" and need to buck up their ideas if they are ever to succeed at Old Trafford.

Jones, 22, and Smalling, 24, were both named in Roy Hodgson's 23-man England squad on Monday ahead of the World Cup this summer, despite underwhelming campaigns for the Reds.

Keane, who won seven Premier League titles in 12-and-a-half years at United, believes Smalling and Jones have failed to live up to expectations and time is running out for the duo.

"We were told two or three years ago Jones was going to be the new Duncan Edwards and Smalling was this and that," Keane said at the launch of ITV's World Cup coverage.

"I've watched United live nine or 10 times this year and they have been none of those things - if anything I think they have gone backwards.

"I've actually been a big fan of them - yes, give them a chance to mature but you also have to say 'We've given you a chance and you're not taking it'.

"They need to do a lot better if they want to cement their place at Man United and want United to win trophies."

"With [Michael] Carrick, I didn't fall off my chair when he was left out" - Roy Keane

Jones moved from Blackburn Rovers in June 2011 for a deal worth around £17m but has struggled to establish himself at the heart of the Red Devils' defence.

Keane believes Jones and Smalling have both benefited from England's lack of options at the back and does not expect either to make Hodgson's starting line-up.

"Jones needs to toughen up, every time I see him he is getting carried off. He's got to toughen up - he's playing for Man United," Keane said.

"I don't think they'll play on their current form. The two of them have had disappointing seasons but England might need them.

"Maybe that is one of the reasons why Roy has taken Jones and Smalling, with the thinking that they can play full-back or midfield, but I'm sure if they get called upon Roy has seen enough of them to do that."

Keane added: "If one of them had been left out I don't think it would have been a big shock. They better enjoy it while they are over there."

Another United player to have endured a disappointing season is Michael Carrick, who only made it on to England's standby list for Brazil.

"Again with Carrick, I didn't fall off my chair when he was left out," Keane said.

"If you look at the form of the three players then he couldn't leave Steven Gerrard or Frank Lampard out.

"Carrick's had a dip in form this year like a lot of the United players."

United finished 22 points behind Premier League champions Manchester City and failed even to secure qualification for next season's Europa League.

Keane believes the sacking of David Moyes was harsh and says more blame should lie with executive vice-chairman Ed Woodward, who was unable to secure a number of high-profile targets last summer.

"Why give Moyes a six-year contract? He had one transfer window and it's not always down to the manager when players don't come in," Keane said.

"I think Ed Woodward needs to look at himself. He's got to get deals done. I think Moyes should have been given more time."

Keane said he thought it was the spine of the United team which had been the problem.

"United have come up short defensively and in the middle of the park they have not done enough," he said.

"You watch any of the teams that are winning trophies - I'm stating the obvious, you've got to have a strong spine: goalkeeper, defender, midfielder and striker.

"United have been short in two of those areas. It makes it very difficult to win trophies."

Rio Ferdinand, meanwhile, will no longer form part of that spine after the club decided not to offer the centre half a new contract.

Keane, who left Old Trafford at the age of 34 in 2005, believes Ferdinand can still make a valuable contribution at the top level.

"Rio is a top, top player," Keane said. "In the last few months there has obviously been a lot of indecision in the club and it is no shock to hear that he is leaving.

"I hear he wants to carry on playing, and if he feels he can contribute, good luck to him.

"It happens when you get to 35; that's the other side of football. I don't think Rio will be short of offers, so don't be crying yourself to sleep tonight." 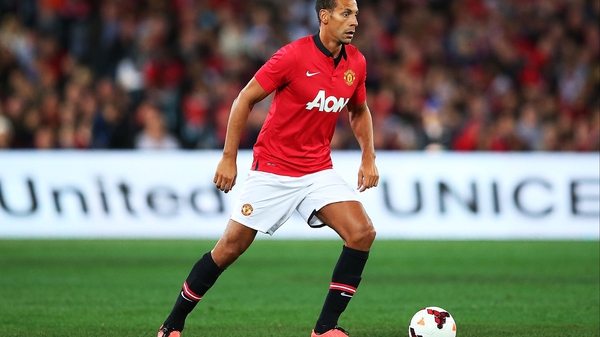