Writing a column in Italy’s Gazzetto dello Sport ahead of the opening stages of the Giro d’Italia, the man who led Ireland to the Euro 2012 championships before losing his job in September 2013 wrote: “The Irish are a hugely proud nation and very, very passionate - although the passion is more evident in rugby than in football.

"When I lived there I went to see two or three rugby matches and I was struck by the good behaviour and expertise of the spectators, and the sense of belonging to that world and the 15 players wearing the green jersey.

"Then, when Ireland play England, it’s as if the players and spectators alike are going into war – but a gentlemanly war.

The ex-Juventus boss also made the outlandish claim that, in order to avoid misunderstandings with the press, he "always" used an interpreter.

"As for language, when they mutter it’s impossible to understand them. So much so that with journalists I always used an interpreter to avoid misunderstandings," he claimed. 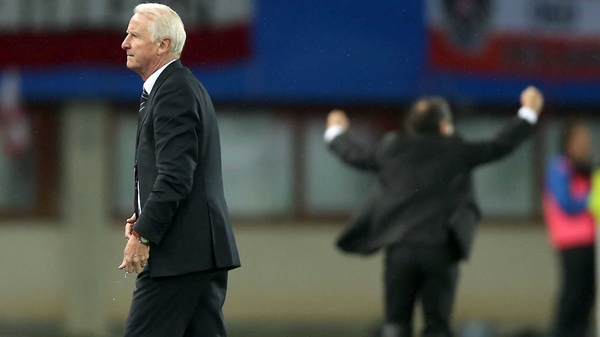