Dyke has found himself facing a furious backlash for the plan, which was one of a host of England Commission proposals unveiled on Thursday aimed at boosting the number of English players at the top of club football.

However, Rodgers has bucked the trend of criticism by revealing it is an idea of which he has long been a "big advocate".

"British players are technically as good as any players in the world, but what we do have to do is find the opportunity for them" - Brendan Rodgers

The 41-year-old, who spent much of his early coaching career overseeing youth development at Reading and Chelsea, told TalkSPORT: "It's something that I've thought for years that should happen. It's one I'm a big advocate of.

"We're talking 300-odd million pounds in coaching for young players to come through, and yet we look at the numbers and the stats and they'll tell you that there's only over 30 per cent of young [English] players that are getting an opportunity in what is the most competitive league in the world, so we have to find a way to give them the opportunity.

"Because as much as what we've done with the schedule of the under-21s, it doesn't bring the competition, the competitive nature, that's required for you as a manager to assess a young player.

"People will always talk about the tradition of the game here in this country, but one of the things that's most constant is change and you have to look at ways in which you can be better and giving young players a chance.

"And I think that the B league, however it is formed, is something that's very important to give young players that competitive football."

Rodgers believes change needs to happen as, at present, he feels that young players are simply being "paid to fail" due to lack of opportunities.

He added: "We've got to create an environment where young players are really striving, they see that there's a reward there. Because I think in this country what's happening with young players is we're paying them to fail.

"That's clear in the numbers, because there's not so many coming through.

"And it's not about talent, I've worked with European players and British players all my life, and British players are technically as good as any players in the world, but what we do have to do is find the opportunity for them and give them hope that they are going to get that chance, and I think playing in B football gives them that opportunity." 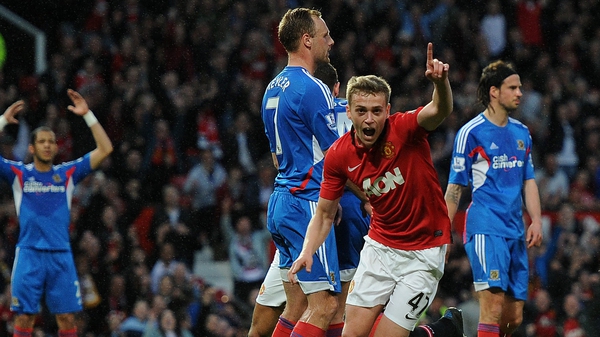