Mikel Arteta was delighted with Arsenal's 3-0 victory over Newcastle as they closed in on another shot at Champions League qualification on Monday night.

The Gunners are now four points ahead of Everton in the race to secure a top-four finish, with just two matches remaining, as club-record signing Mesut Ozil delivered an inspired display, scoring one and creating another.

Arteta stressed the importance of the three points as he told Sky Sports 1: "It was a good win, I think we had most of chances and possession.

"I think the first goal was really important, we had to break them down. I think after they opened up in the second half and we created more chances so the clean sheet is massive and the three goals for us is very important."

The Spain international was full of praise for fit again man of the match Mesut Ozil and was pleased the German was on top form against the Magpies.

He added: "He's very important for the team. He's been missed while he's been injured.

"We've missed very important players through an important period of the season so we're really pleased to have people like him back in the team and performing at the top because that's what we need.

"We needed to get back (to form) because everything is very tight. There's only two games to go and we want to finish on a high."

Arsenal take on West Brom at the Emirates on Sunday and a win would clinch the fourth spot.

Arteta said: "We've got a massive chance at home last game of the season which is always very important and the atmosphere is great so let's take it and don't take any chances." 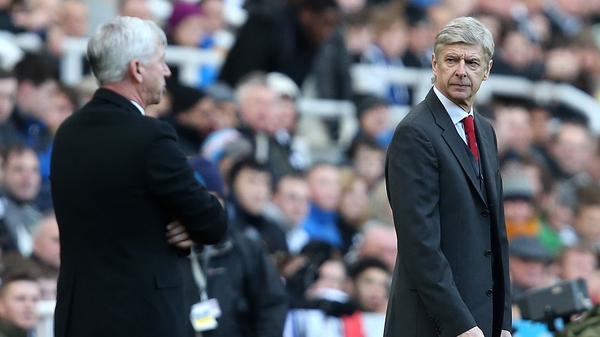 Arsene Wenger: Newcastle's Alan Pardew will 'try to control himself' as he returns from headbutt ban