Atletico Madrid's on-loan goalkeeper Thibaut Courtois has revealed his relief at being allowed to play against parent club Chelsea in the Champions League semi-finals.

The 21-year-old goalkeeper has established himself as one of the key figures in Diego Simeone's eye-catching side as they pursue both domestic and continental honours, but had feared he may be forced to miss one of the biggest games of their season after the Champions League draw paired Atletico with his English employers.

Reports suggested Courtois would only be able to play if Atletico paid Chelsea a substantial sum - something the club had said they were unable to do - until UEFA released a statement saying any such contract clause would be invalid and Courtois could play.

"For me, the fact that we've drawn Chelsea, like we did in the European Super Cup [in 2012, when Atletico won 4-1], is special, because even though I'm at Atleti, Chelsea are my club too.

"It's better not to think about it too much though and play like I always do, because if I start thinking, 'Oh, I'd better be careful', then I'll end up playing poorly.

"I want to win trophies here and I'll be an Atleti supporter for these two games, but at all other times I'm a Chelsea fan too.

"I hope they win the Premier League, just not these two [Champions League] matches. I really hope we can reach the final as we're so close.

"They're the favourites, but [beaten quarter-final opponents] Barca were too."

The first leg of the tie will be played in Madrid on Tuesday, with the return in London next week.

Atletico are also the surprise leaders in the Primera Division, topping the table from Barcelona by four points with four games left, with Real Madrid also still in the hunt just behind and with a game in hand.

Courtois has already lifted the Europa League, UEFA Super Cup and Copa del Rey in his three seasons on loan in Madrid, and admits he never expected so much success when he first made the move.

"I didn't expect it, no," he said. "I remember playing my first game in the Belgian league just before turning 17 and dreaming of having a good career over there, but I didn't imagine playing for a big club or winning trophies like these.

"And now we're not far away from the most important one of them all, the Champions League.

"We've got the Liga title close too which, because of Barcelona and [Real] Madrid, you never think you'll get the chance to win.

"They've got better individuals but we're a very good team and that's important, because you don't need to rely on any one player to win the championship.

"It's going to be hard to repeat all this though. We're having a huge season and, now we've got this far, we've got to try and take advantage.

"It'll be tough to take if it ends without us winning anything, but it won't be for lack of trying." 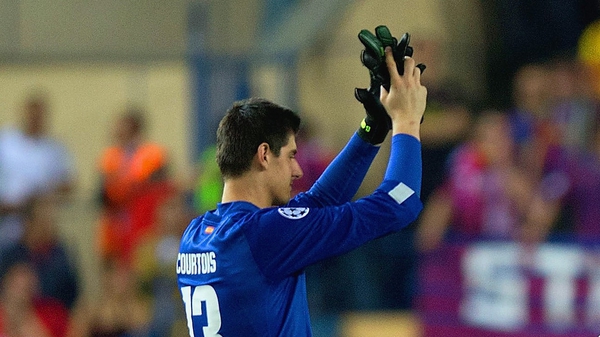