Derry City boss Roddy Collins has accused Dundalk’s Patrick Hoban of “cowardly” behaviour after an incident in the the Lilywhites’ 3-0 SSE Premier League win over his side in which Ryan McBride swallowed his tongue.

McBride needed 13 minutes of treatment after a clash of heads with Hoban, and was eventually hospitalised.

He was kept in hospital overnight for observation, and was due to be assessed on Tuesday to determine if he could be released.

Speaking after the game, Collins suggested that Hoban had set out to hurt McBride. “He done him. I believe he done him,” Collins told Derry station Drive 105.3 FM.

“I think the referee bottled it, for sure. At the end of the day, regardless of whether you win, lose or draw, someone coming in and doing someone like that is not on. It’s cowardly.”

Collins said that McBride had had a spasm after the incident, and swallowed his tongue, but was communicating.

However on Twitter, Hoban described comments that he had deliberately tried to hurt McBride as "beyond ridiculous.”

Hoban said that he was “contesting for the ball[,] nothing more” and wished McBride a speedy recovery.

To say I went on the pitch to hurt some1 is beyond ridiculous contesting for the ball nothing more. Hope Mcbride is okay #speedyrecovery 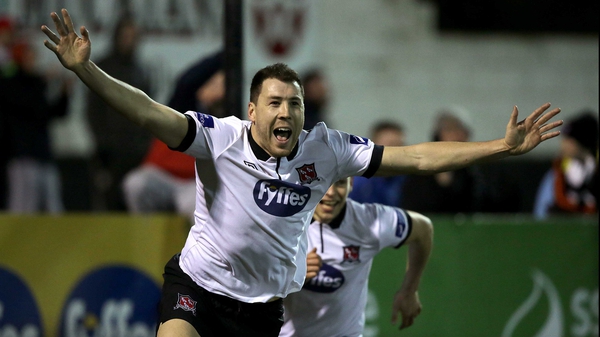