All eyes will be on Anfield next weekend as title hopefuls Liverpool and Manchester City clash, but Reds midfielder Jordan Henderson will treat it just like any other match.

Having beaten West Ham 2-1 on Sunday, Liverpool returned to the top of the Barclays Premier League with just five fixtures remaining.

Man City and Chelsea also remain in the hunt, with both sides still to visit Merseyside before the end of the campaign. Manuel Pellegrini's City are first up on Sunday and Henderson insists Liverpool will not change their approach.

Henderson stressed the need to treat Liverpool’s title run-in one game at a time, and to concentrate on ensuring they rose to the occasion on Sunday.

"I've said all along that we must take each game as it comes and obviously the next one is Man City and we must approach that like we have been all season,” he said. “We've got to put on a good performance and get the three points.

"We've got to concentrate, keep our focus and keep approaching games like we have been.

"We are high on confidence. But we continue to work hard on the training ground and in games. That's the most important thing.

"No matter what circumstances you are in the game, if you keep working then your just rewards will come. That's what happened at West Ham. We controlled the game really well, especially second half."

With both of their closest rivals to come at home Henderson is hoping the club's fans can play their part in delivering a first league title to Anfield since 1990.

"The crowd have been fantastic throughout," he said. "They've been really, really good. Supporting us the whole way. We've got to put on a good performance for them.

"We've got to work really hard like we have been and hopefully get the three points." 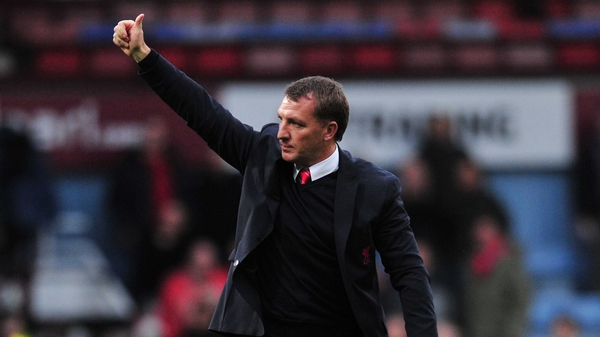