West Brom, 17th in the table and three points clear of the relegation zone with seven matches remaining, looked to have secured three vital points when Thievy Bifouma put them 3-2 ahead after four minutes of injury time.

But Cardiff mounted one last attack and Mats Moller Daehli scored with a deflected effort.

The Sun newspaper reported on Tuesday that England Under-21 striker Saido Berahino was involved in a "punch-up" with team mates who blamed him for giving the ball away before Daehli's goal, leaving him with a head injury.

"Tensions were understandably running high in the dressing room, but the incident has been sensationalised in the media," a club spokesman told the BBC. "What happened is not uncommon in a dressing room and shows that the players care.

"The players involved have apologised. The club has drawn a line under the matter and is now fully focusing on Saturday's important game at Norwich."

After the match Berahino apologised for his error via Twitter.

Apologies for my mistake, cost the team the 3point 😕 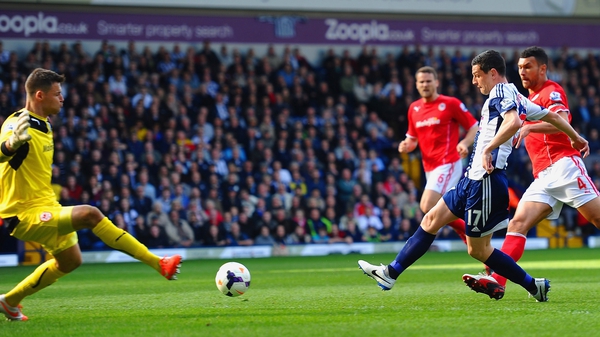