David Moyes has admitted that he is "disappointed" with his performance as Manchester United manager so far and has been "hurt" by his side's defeats in big games this season.

Other than a 1-0 win over Arsenal, United have failed to win any of their matches against the top nine sides in the league, and go into tonight's Manchester derby at Old Trafford as underdogs against their title-chasing neighbours.

High-profile defeats to City last September, Chelsea at Stamford Bridge and the recent 3-0 humbling against Liverpool have left a mark on the United manager.

"They have definitely hurt," Moyes said. "They have hurt more because I joined Manchester United with big expectations myself - that I was coming to the winning football club.

"I've got a winning mentality and that's what I wanted to do, so I'm disappointed with myself and I'm disappointed that we've been unable to do that. But it has not been for the want of trying, that's for sure.

"We we want to try and perform better in the bigger games than what we have done."

However, on Monday, Moyes insisted that United could beat City and reiterated his belief that he can turn things around next season .

The Scot goes into the derby with an unwanted disciplinary issue on his mind.

He has disciplined Chris Smalling after he was pictured apparently out in Manchester in the early hours of Saturday morning.

The Manchester Evening News published pictures of Smalling which it claimed shows the defender apparently singing in the streets at 3:15am.

Smalling had stayed in the north-west while the rest of his team-mates travelled to London for their Saturday evening clash against West Ham because of a hamstring injury.

Moyes is not happy with the 24-year-old's conduct, although he refused to reveal the punishment he had handed out to the player.

"I've dealt with it and I've spoken to Chris," the United boss said. "That would be as much as I would want to say on it." 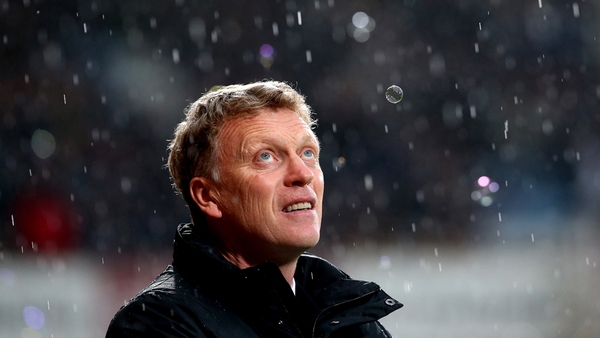