Cork City maintained their good start to the season and moved joint top of the SSE Airtricity League Premier Division courtesy of a 3-1 win over Bray Wanderers in front of a crowd of 2,750 at Turner’s Cross.

Still without any of their first-choice strikers as Anthony Elding missed out again, the goals came from midfield with John Kavanagh, Billy Dennehy and Garry Buckley all getting their names on the scoresheet.

Wanderers, missing David Cassidy, failed to trouble City keeper Mark McNulty too much but did manage a late consolation goal when David Scully scrambled the ball over the goal line after Jake Kelly slapped a header off the bar.

John Caulfield drafted Kavanagh and John Dunleavy into the team that started the fixture against Derry City last time out, and the home side dominated early play. Eric McGill was forced to clear the ball off his own line from Kavanagh’s cross before Robert Maloney took the ball off the right winger’s toe, as he charged through on goal, with ten minutes gone.

The next half-chance fell to Billy Dennehy - who was well off target with his shot from the edge of the box - before the opening goal arrived in the 18th minute.

Referee Derek Tomney played advantage for a foul on Mark O’Sullivan as Billy Dennehy raced clear down the left to find Kavanagh with a pinpoint accurate cross, and the young winger knocked the ball home from close range in a crowded box.

If anything the goal only served to wake Wanderers up. Having conceded for the first time this season, there was now a little more purpose to their play - Graham Kelly forcing Mark McNulty into two decent saves from distance.

Only an excellent last-ditch tackle from Niall Cooney prevented O’Sullivan doubling City’s lead on the half-hour mark. The centre half timed his challenge perfectly after the striker gathered Colin Healy’s through ball, beat Shane Redmond in the Bray goal and looked poised to fire home the game’s second - until Cooney’s interception.

Mathews’ side should have drawn level with seven minutes left before the break. Dennehy planted his attempted clearance from Graham Kelly’s corner at the feet of Shane Byrne instead of one of his team-mates and could only watch on helplessly as the midfielder sent the ball high into the St. Anne’s when it seemed impossible not to score.

There was still time for Garry Buckley to exert his growing presence, however; the 20-year-old first curled a superb effort just wide of Redmond’s left-hand post before glancing a header past the same piece of woodwork moments later - capitalising on an excellent cross from Gearoid Morrissey on the second occasion.

The beginning of the second-half was a fairly scrappy affair, with neither team creating a clear cut chance until Billy Dennehy forced Redmond to tip a cross turned shot off the crossbar.

The introduction of Rob Lehane for O’Sullivan and Liam Kearney for Kavanagh gave the men in green renewed impetus and it was the former that would be crucial in the build up to City’s second.

Healy and Buckley combined to set the striker free inside the box and when Cooney clattered into his opponent, Tomney immediately pointed to the spot. Billy Dennehy duly dispatched the kick - putting some real distance between the sides for the first time on the night.

The icing on the cake came with five minutes remaining - Buckley firing home from 18-yards, having been teed up superbly by Healy in the build up.

Despite the celebrations, there was still time for Wanderers to net their consolation as a mix up at the back leaving McNulty with little chance of keep the Bray onslaught at bay. 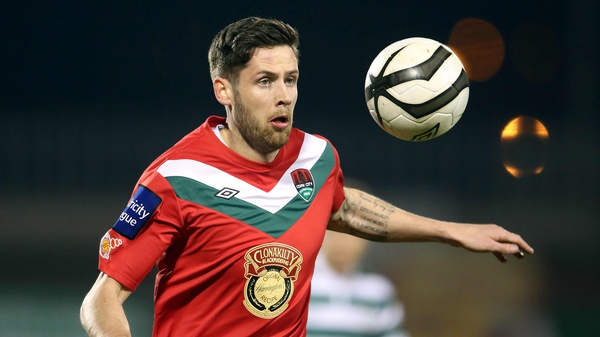