Hull forward George Boyd will serve a three-match ban after being found guilty of spitting at Manchester City's Joe Hart, the English FA has announced.

The incident in last Saturday’s game was not seen by match officials, but was picked up by cameras.

Boyd had denied that he had broken any rules, but was found to have done so at an independent regulatory commission. The ban comes into effect immediately.

Hart was booked after the bust-up but faced no further action. 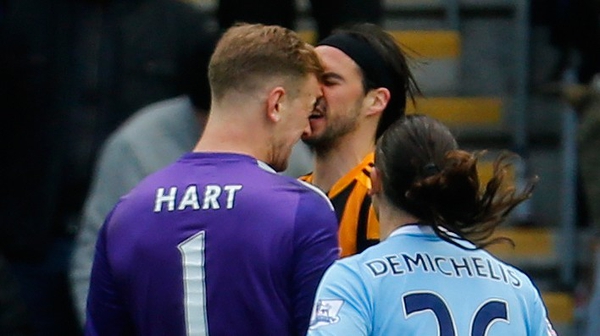