Republic of Ireland captain Robbie Keane says that he will finish his playing career in America.

The 33-year-old, who joined LA Galaxy in 2011 after spells with Spurs, Liverpool, Aston Villa and West Ham, recently signed a contract extension with the California club and has ruled out any possible return to the Premier League.

“With signing a contract I think I can definitely see myself finishing [my career] in America,” he said.

“There’d be no point in my, at this stage, going back to England. For what? I’ve scored a lot of goals there, played a lot of games.

"Unless you’re going to go back and play for a team that’s going to win stuff. If not, I don’t see any reason to go back.”

Keane was excused from Martin O’Neill's squad that lost to Serbia earlier this month to prepare from the start of the MLS season.

Ireland face Turkey in a friendly in Lansdowne Road on 25 May. 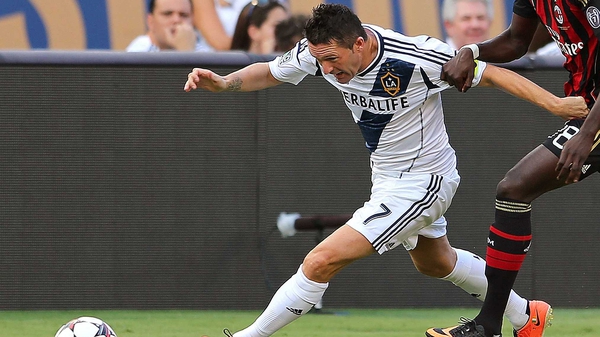