Real Madrid coach Carlo Ancelotti will not rest star man Cristiano Ronaldo for the Champions League visit of Schalke even though his side are virtually assured of going through and this weekend face arch-rivals Barcelona in a crunch league clash.

With Schalke needing a miracle to overturn a 6-1 first-leg deficit and deny Madrid a quarter-final berth, Ancelotti could have been forgiven for focussing his attention on Sunday's Clasico showdown with Barca, where a win would put Madrid seven points clear of the defending champions.

However, while the Italian is planning to ring the changes, he insists he will still treat Schalke with respect and revealed that Ronaldo - who scored a competition-record nine goals in the group stage and also notched twice in the Veltins-Arena last month - will start.

He said: "We will make some changes because on Saturday we had a game that took a lot out of us physically (1-0 win at Malaga), we've travelled and we've not rested much.

"In order to help everyone recover well we will make some changes. Some players will be tired and therefore they won't play."

Although he did not reveal his full starting XI, Ancelotti did confirm his attack, saying: "I can say the three strikers. (Alvaro) Morata, Jese and Cristiano Ronaldo."

Madrid go into tonight's game on the back of a 30-match unbeaten streak in all competitions and Ancelotti wants to see that form continue. 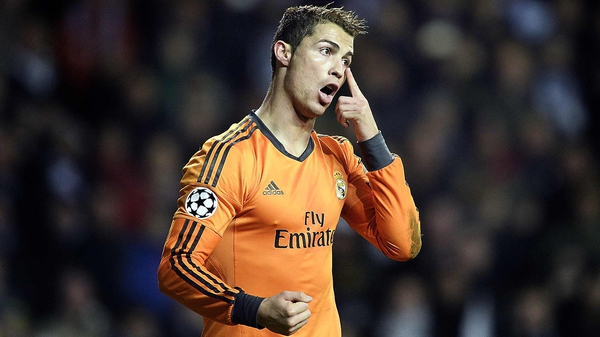