Nicolas Anelka, who was given a five-match ban by the English FA following his controversial 'quenelle' salute, said on his Twitter account on Friday that he was quitting Premier League club West Bromwich Albion.

"Following my talks with the club I've been told I could be back in the squad under certain conditions that I can't agree," said the former France striker.

"As I want to preserve my integrity I've decided to free myself and to put an end to my contract with WBA with immediate effect."

Anelka made the salute, widely regarded as anti-Semitic, when he scored for West Brom against West Ham United in December.

Responding to the tweets, West Brom said it noted them, and considered their release on social media " highly unprofessional".

The club said it had been in discussions with Anelka and his advisers as part of its own internal enquiry into the incident in which he made the gesture.

"Following the conclusion of the FA’s enquiry into the same incident, the Club had hoped to conclude its own investigations next week," the club said in a statement.

West Brom said they had received "nothing formally regarding the termination of Nicolas Anelka’s contract from either him or his advisers". The club said they would make a further statement "when appropriate". 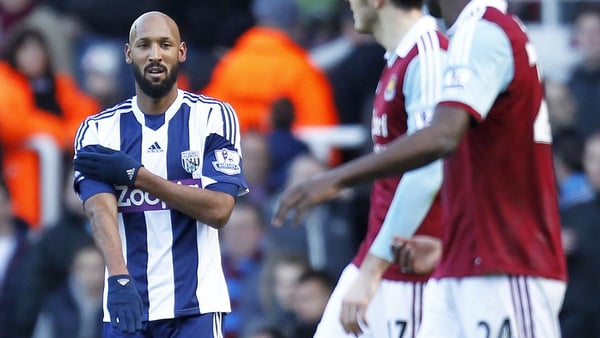