Gareth Bale turned on the style to run Iceland ragged and set up a convincing 3-1 friendly win for Wales.

The Real Madrid star created goals for James Collins and Sam Vokes and then scored a magnificent third himself as Wales eased to victory at the Cardiff City Stadium.

Iceland got back into the game at 1-1 as a Johann Gudmundsson shot was deflected in off Ashley Williams, but Bale, the world's most expensive player, proved too much for them to handle.

His devastating performance will give manager Chris Coleman confidence - with Aaron Ramsey to return from injury - that Wales can challenge for a place at Euro 2016.

Iceland, who reached the play-off stage in World Cup qualification, were chosen to provide a good examination in one of only two friendlies before the next competitive campaign begins.

Certainly with more displays like this from Bale, the Football Association of Wales should start to sell more tickets than the 13,290 that turned up for this low-key affair.

But even though it was clearly not the Bernabeu or the Champions League, Bale showed his enthusiasm for the occasion throughout and started with a strong run down the right.

The hosts - playing in white - broke through in the 12th minute after Cardiff's Aron Gunnarsson, playing on his home ground, conceded a free-kick on the right.

Bale whipped in a brilliant dipping free-kick and Collins, his recent dispute with Coleman now firmly in the past, rose to plant a header past Hannes Halldorsson.

Bale clearly had the bit between his teeth and twice tested Halldorsson with long-range shots, one a powerful swerving effort the keeper could only parry and another he gratefully grabbed.

Containing Bale was clearly a task Iceland had trouble with, but they breathed again as Hal Robson-Kanu headed over following a tricky run and cross from the Madrid man.

Joe Allen then failed to find the target as Wales threatened again but hesitancy at the back allowed Iceland to equalise.

An opportunity to clear a cross was missed and Alfred Finnbogason teed up Gudmundsson to drive in a shot via a deflection off Wales captain Williams.

Wales continued to play positive football and Collins might have had a second after going forward for another set-piece, only to have a shot blocked.

Naturally it was Bale who did the damage as Wales reclaimed the lead after 63 minutes, racing on to a long ball from Williams and outpacing Ari Skulason on a charge into the box.

His shot from a tight angle was blocked on the line by Rotherham's Kari Arnason but Vokes, enjoying a fine season after scoring 18 for promotion-chasing Burnley, was on hand to head home.

Bale then got the goal his performance richly deserved after 70 minutes, turning defence into attack in a flash with a magnificent run from inside his own half.

Solvi Geir Jonsson tried to force him out of play on the right but Bale simply knocked the ball past and burst clear.

He then went round another challenge before cutting on to his left foot inside the box and drilling home a low shot.

Coleman had said beforehand he might keep his star man on for 90 minutes to ensure the game was won - but he sensed that job was already completed and withdrew him after 72.

It may have been some way from a full house but Bale received a tumultuous ovation as he was replaced by Jonathan Williams.

Wales were not quite finished as Robson-Kanu drove a shot at Halldorsson and Williams had an effort deflected over. 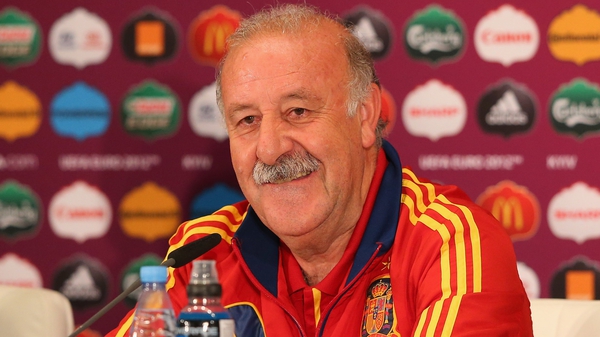