So now it’s time for the real work to begin.

After the mild euphoria that followed in the wake of Martin O’Neill and Roy Keane’s appointment, it’s back down to earth with a draw for the Euro 2016 campaign that can easily be described as less than kind.

A convincing 3-0 victory against Latvia in O’Neill’s first game was the perfect start to his reign as Republic of Ireland manager and while the scoreless draw with Poland had all the hallmarks of an end of season friendly, it nevertheless was a solid performance away from home against a team with which O’Neill will be battling it out for a place at Euro 2016.

Both those games served as a gentle introduction for O’Neill to the world of international management but following last week’s draw in France, the new Irish management team now have a target to build towards and the work for that will start against Serbia at the Aviva on Wednesday night.

There were no surprises when O’Neill announced his squad for this encounter.

Veterans of previous campaigns such as Shay Given, Robbie Keane and Richard Dunne are all absent for various reasons and with the new management team promising a ‘clean slate’ for all players, there’s a big chance for some of the fringe members of the squad to stake a serious claim. 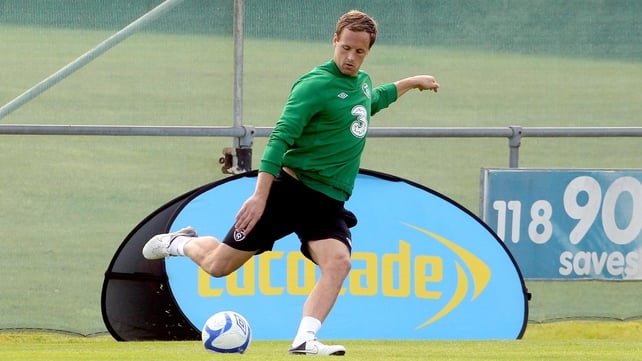 Fresh from his meeting of minds with Newcastle manager Alan Pardew, Hull’s David Meyler looks to be in line for a starting place, with O'Neill singing his praises both in the way he reacted – or rather didn’t react to Pardew’s head butt – and his recent form with Hull.

“He’s a really a great fella and I’m delighted for him,” O’Neill said of Meyler’s recent form. “I think he’s played a big part in getting Hull up after going there on loan initially, then signed permanently. He has done very well, so well done to him.”

The Corkman will be desperate to make an impression and at just 24, he has time on his side. Meyler is the perfect example of a player that will be hoping to thrive under the new regime and he looks set to be given every chance to do so.

With just this game and a May trip to Turkey before the qualification campaign gets underway, there isn’t a lot of room for experimentation from O’Neill before the first Euro qualifier against Georgia and as such he looks likely to name a side that's similar to the one that lined out against Poland in November.

Hull front man Shane Long looks certain to lead the line given his fine performances since joining the Premier League strugglers in January and with the perennial Robbie Keane missing out due to club duties, Long senses a chance to cement his place in the starting eleven.

"It has been tough to break through with Robbie there, scoring goals every week so I’ve been biding my time and slowly progressing my career and learning more as a player. Hopefully I can bring that into the Irish set-up," he said.

With Kevin Doyle also missing the game through a thigh injury, O'Neill may opt to play Long as a lone front man with Wes Hoolahan playing behind him in the hole, or alternatively he may move Jon Walters inside from the right wing where he played against Poland. 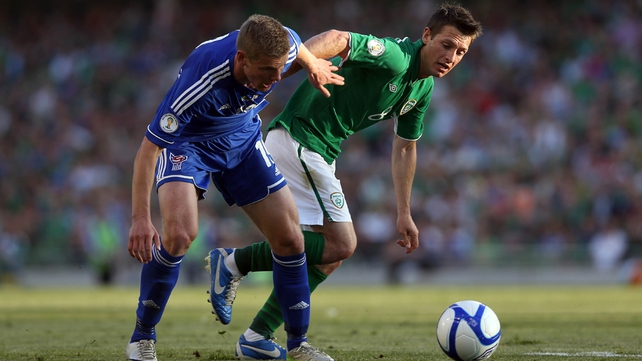 Expect Anthony Stokes to have to settle for a place on the bench having failed to impress against Poland last time out.

Should Meyler get his place in the centre of midfield, he would most likely do so at the expense of Glenn Whelan, and play alongside James McCarthy with two from Walters, Aiden McGeady and James McClean out on the flanks.

David Forde has impressed consistently since forcing his way into the starting XI and should continue to keep place between the posts while Seamus Coleman, who many felt was harshly overlooked as the International Player of the Year in Sunday's FAI award ceremony, is as near a guaranteed starter as you can get.

With Ireland's two most reliable centre-backs - Richard Dunne and Sean St Ledger - both missing out, there is again a big chance for others to force their way into O'Neill's thinking.

Marc Wilson and John O'Shea would appear to be the most likely centre-back pairing but don't be surprised if someone like Alex Pearce is given an opportunity - especially with O'Shea coming into the squad on the back of a draining League Cup final defeat with Sunderland.

This is a game that O'Neill will be keen to win and win well.

Momentum is important in football and if the manager can take an unbeaten start to his career with Ireland it will be a huge psychological boost going into the qualifiers. Serbia however will be no pushovers.

Ireland took a scoreless draw away from home in their last encounter with the Serbs - a 2012 international friendly that served as a warm-up game for what was ultimately a disappointing World Cup qualification campaign under Giovanni Trapattoni.

Like Ireland, Serbia have parted with the man who was in charge for that friendly with the fairly feisty and controversial Siniša Mihajlović having received his marching orders on the back of a World Cup qualification effort that ended in failure.

Under Mihajlović the Serbians finished third in Group A, three points behind Croatia in the race for a play-off spot as an almost unthinkable defeat to group whipping boys Macedonia ultimately cost them.

Ljubinko Drulovic has been given the reins on a temporary basis for the moment, having led Serbia's Under-19 team to glory in the 2013 European Championships.

The belief is that should he make a good immediate impact on the senior side, he could be offered the job on a more permanent basis.

To that end, Drulovic's first big decision was to welcome Roma midfielder Adem Ljajic back to the squad after he was frozen out during Mihajlović's reign for not signing the national anthem before a match. The attack minded midfielder, who has been in fine form in Italy this season, will keep the Irish defence busy with his explosive pace and dribbling skill but may be introduced from the bench for his first game back with Serbia.

Elsewhere, Serbia have some real strength in midfield. Chelsea's Nemanja Matic and CSKA Moscow's Zoran Tosic have bags of talent with Tosic in particular certain to be a threat for Ireland from dead ball situations.

In defence the Serbians can call on real quality also with Branislav Ivanovic of Chelsea and Manchester City's Aleksandar Kolarov both expected to start. 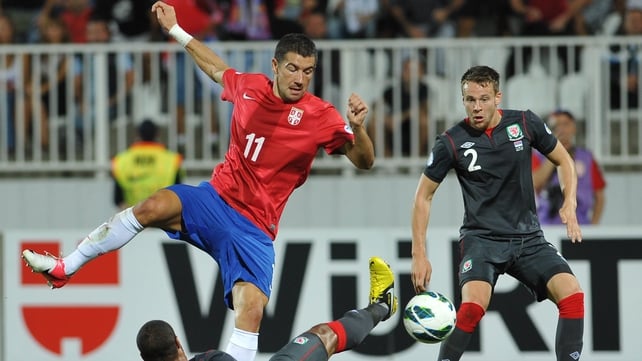 Serbia don't have any household names up front yet but should Benfica youngster Lazar Markovic continue his upward career trajectory, that may well change soon. The 19-year-old striker has emerged as a target for several top European clubs and could be on the move in the summer.

FC Twente's Dusan Tadic is also one to watch and can play either out on the left wing or off the main striker.

As a home game this is a potential banana skin for Ireland and O'Neill's hopes to extend his unbeaten run. Serbia have a young and hungry side still smarting from their failure to qualify for the World Cup and a manager eager to prove himself able for his country's top job.

The midfield battle will be crucial and whoever does get the nod there for Ireland will have a task on their hands to wrestle control of the game from Matic, Tosic et al.

However with a qualifying campaign in which Ireland will face tougher evenings than a home game against Serbia, the opportunity is there for the players to prove that they are good enough to see off Poland and Georgia for an automatic qualification spot.

"I’ve always said to the players and every time I’ve been involved in Ireland you’ve got to believe you can win every football match and hopefully that’s what we can bring to the group."

In this case, at home with the new management team still in their honeymoon period, there's no reason to believe that they can't overcome Serbia. 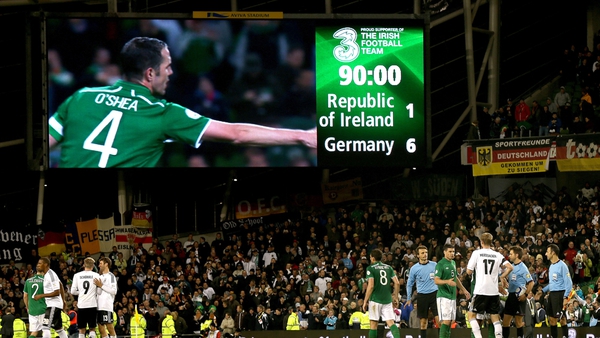