Robbie Keane will miss next month's friendly international as the Republic of Ireland take on Serbia at the Aviva Stadium.

Ireland manager Martin O'Neill named a 29-man squad for the 5 March encounter but spoke to Keane, who will remain at his club LA Galaxy as they prepare for the start of the new MLS season.

Derby County defender Richard Keogh has been recalled to the squad along with Ipswich striker Daryl Murphy, who won the last of his eight caps in 2008, and Crystal Palace centre half Damien Delaney.

Richard Dunne and Anthony Pilkington return to the squad having missed last November's encounters with Latvia and Poland through injury.

Simon Cox's recent good form at Nottingham Forest has earned the striker a recall, while David Meyler and Darren Randolph have also been included in the 29.

There was no recall for keeper Shay Given or Stoke midfielder Stephen Ireland, however, O'Neill said that he had spoke to the duo on the phone and will see how things develop in the future.

O'Neill said that Ireland was 'warming' to a meeting and that he wanted to meet him in person ahead of any decision.

"Our game against Serbia will provide us with great preparation ahead of the first of our European qualifiers in September," said O'Neill.
"I enjoyed working with the players in November for my first taste of international football, and am looking forward to assembling the squad once again in March."

The 29-man selection will be shortened ahead of the squad meeting up on 2 March. 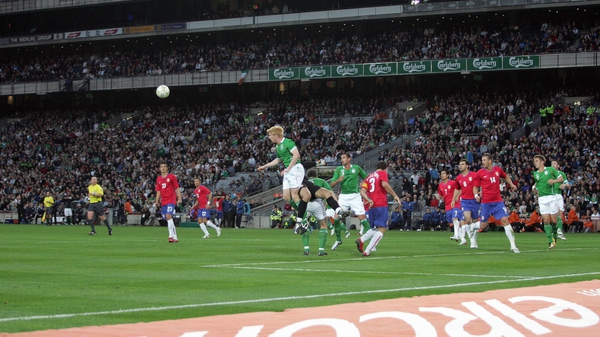 Republic of Ireland stay in 67th place in FIFA rankings