Bayern Munich will use the first leg of their Champions League last-16 match against Arsenal tonight (7.45pm) as a barometer of the team's progress this season, coach Pep Guardiola said.

The Champions League holders defeated their English opponents 3-1 in the same stage of the competition at the Emirates last year.

"It's a good test for us. We will know what our level is in Europe this year," Guardiola told a news conference.

"You can't dominate for 90 minutes against Arsenal, it's impossible. You can play good and maybe dominate one half or 75 minutes but never the full game. With their quality of players you can always have problems.

"We won't think about the second game, we're just concentrated on what we have to do."

"You can't dominate for 90 minutes against Arsenal, it's impossible"

Bayern have lost only once in 34 games and have won 13 successive Bundesliga matches but Guardiola wants to guard against the complacency that caused the eventual champions to lose 2-0 at home in the second leg against Arsenal 12 months ago.

"I'd like to live without these feelings but I can't. But [tonight] we start 0-0," Guardiola added.

"Always with the ball they (Arsenal) are organised and in good shape. Once we let them (have) the ball we will suffer. We must dominate the ball."

Live television coverage of Arsenal v Bayern Munich from 19:30 on Wednesday 19 February on RTÉ Two and RTE.ie (RoI only). Live radio coverage on Game On on RTÉ 2fm and RTÉ.ie (RoI only) from 19:00. 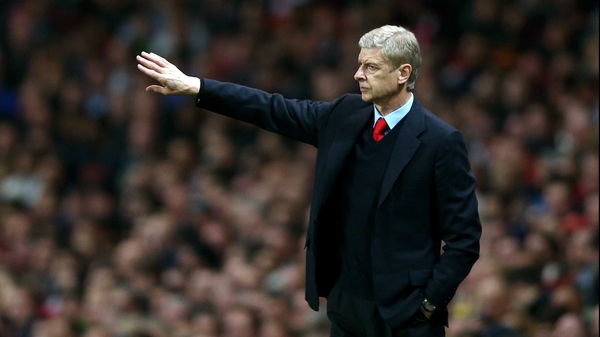